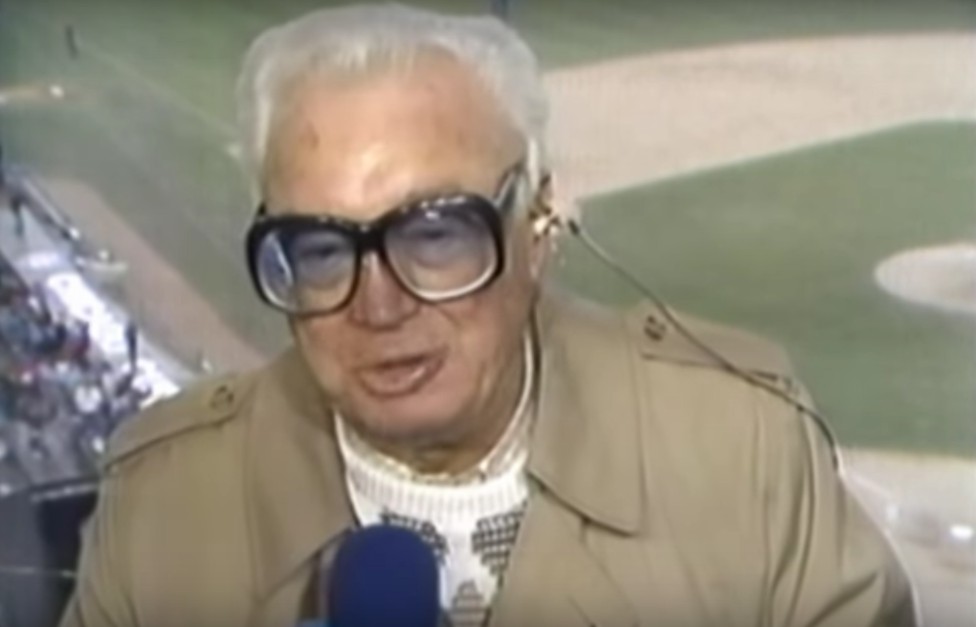 According to NBC5and to honor Caray’s life, a party was thrown in respect of the baseball broadcaster at the steakhouse that carries on his name.

RELATED: Yesterday marked the end of the off season for Cubs, Pitchers and Catchers Report

This year’s themed celebration was “Space, the Infinite Frontier,” in a nod to Will Ferrell’s Harry Caray skit on “Saturday Night Live” – but also to reference space movies from the 90’s.

At 6.30 p.m. the Cubs Hall of Famer Ryne Sandberg lead an official toast to Caray as well as conducted a rendition of the icon’s favorite song, “Take Me out to the Ball Game.”

The “worldwide” celebration also happened at the Harry Caray’s in Lombard, Rosemont and Water Tower Place, along with Chicago bars like The Lodge, Eli’s and Butch Mcguires.

It was even celebrated at skyscrapers across the globe like the Berlin TV Tower, Tour Montparnasse in Paris, One Liberty Observation Deck in Philadelphia, Goryokaku Tower in Hakodate City, Japan and 360 Chicago.

To watch one of Saturday Night Live’s infamous sketches of Harry Carry, scroll on below – courtesy of
SNL.