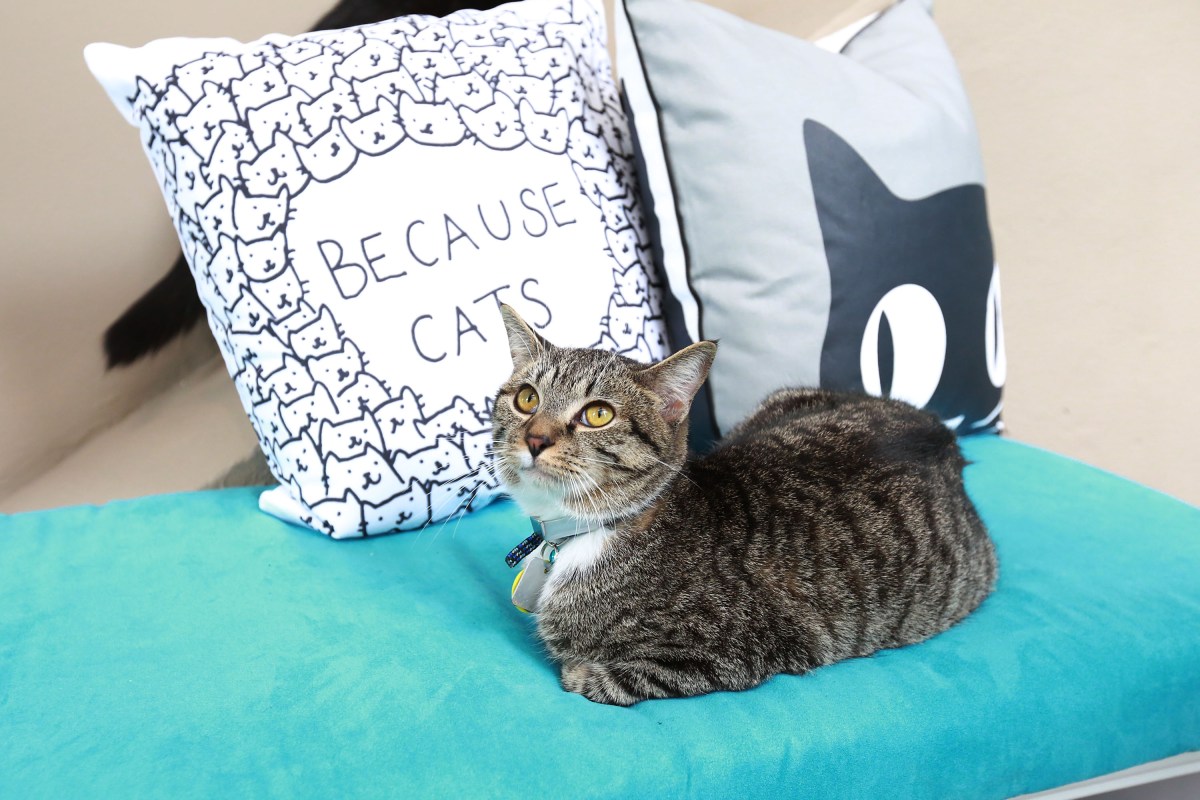 If you are a fan of cats and free wifi, it looks like you are going to have a new favorite spot in Bucktown. Originally supposed to be in Lincoln Park, The Windy Kitty Cat Cafe will be opening by the end of the month to celebrate the best cat holiday, Halloween.

If you head on over to 1746 W. North Ave you’ll see Irving Park resident Jenny Tiner getting her new venture all ready. “The opening goal is a black cat party the weekend of Halloween, with everyone dressing up as a black cat,” Tiner said.

Even though they are offering “free” wifi, there will be a $10 entry fee to hang with the cool cats, literally. Also there will be 15 cats in the cafe and the maximum capacity will be 15 people as to keep the ratio golden and to not freak the felines out.

Tiner raised just over $6K over Indiegogo in July to begin her start up efforts, and has since gotten generous donations from other animal societies.

She got the idea after vacationing in Scotland, as her AirBnB was near a similar cat cafe and she fell in love.

She is working on getting a food license from the City of Chicago, but that might take a little bit due to…cats being everywhere.

Take a look at their Facebook here to stay updated on when the actual grand opening will be!