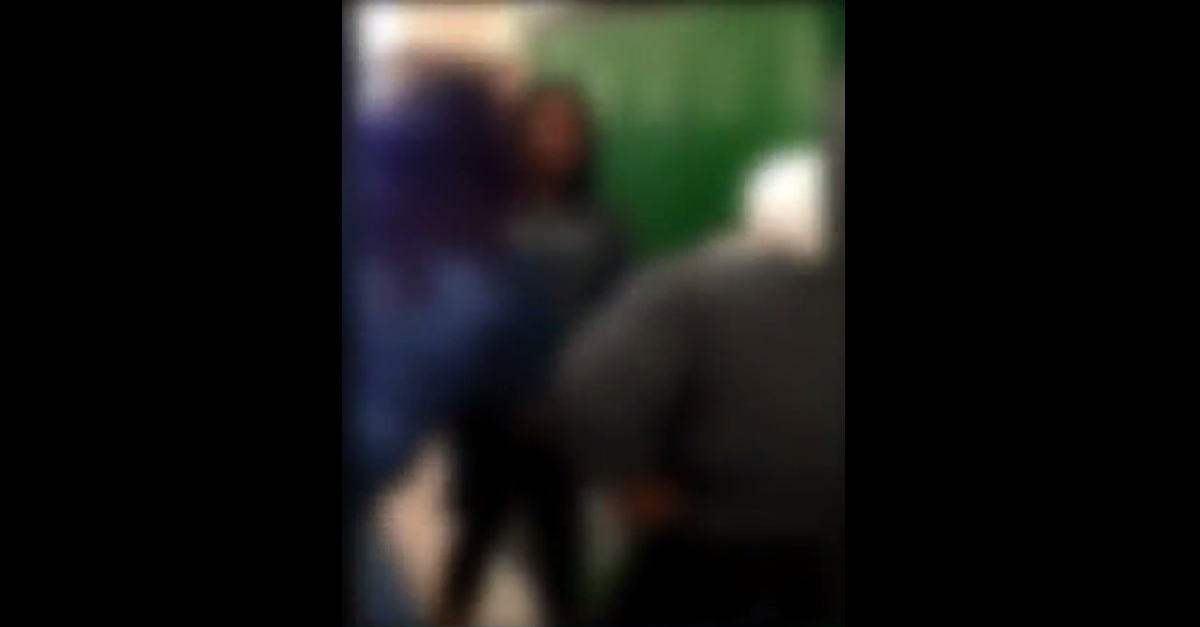 A teenage girl was beaten so severely that she almost died during a fight at school last Friday afternoon.

Ashley Neely was approached at her locker in Morgan Park High School on the far Southwest Side by a large group, who started to kick, hit, and stomp her, according to ABC News.

The reason for the fight? Because Neely “liked” another girl’s boyfriends post on a social media site. And there was video of the incident too.

Neely’s mom Stacey Hart watched the video. “When I seen that video and her being stomped like that, she could’ve died from that. This is like mob action, this you know, a gang attack. And you know my daughter could have died if they kept stomping her like that.”

“This is school, this is a place where you are supposed to be learning,” added Hart. “You know this kind of senseless nonsense about a post on social media shouldn’t be on your mind where a place you should be receiving education.”

Chicago Public Schools officials are investigating the incident. CPS told ABC7 in a statement that “the unacceptable conduct in this video does not represent the values of the district.”

The beating led to major bruising on Neely’s body, a swollen eye, and knots on her head. Eventually security intervened. Hart was concerned that if this happened off school grounds, it could have been even worse. And she has good reason to be.

Back in September 2009, Darrion Albert, a 16-year-old honor student was walking home from Fenger High School. Out of nowhere a large fight started around him. Although it was between two rival groups, Albert found himself in the middle of the altercation and was eventually beaten to death.

The entire incident was filmed on a cell phone.

Hart plans on turning the video over to police to investigate the fight and hopes to press charges against the other students that attacked Neely.

RELATED: Another arrest made in connection with guns and drugs sold through Facebook

Morgan Park High School was also in the news recently for revelation of an employee being suspended for an “inappropriate relationship” with a student there.

At the time, the school district said:  “CPS is committed to ensuring students have access to a safe learning environment, and we take seriously any allegation of inappropriate employee conduct. The employee in question was removed from his position at Morgan Park High School following the allegation.”