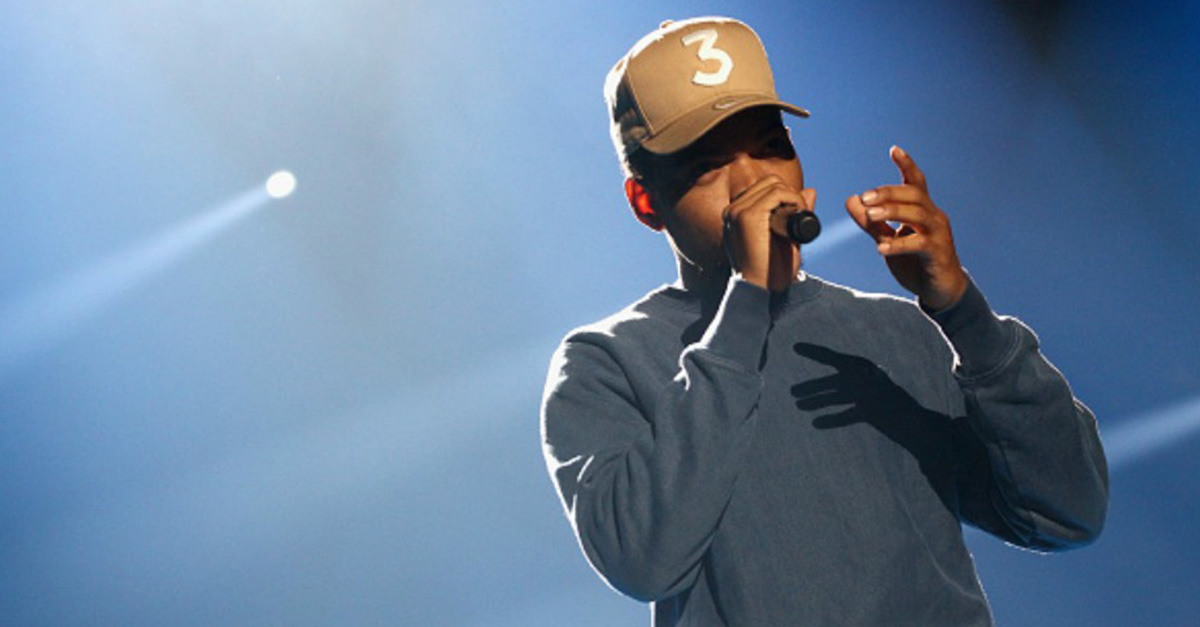 Chance made an appearance in the opening number of the Emmy’s with Stephen Colbert and had a big message for viewers.

The catchy number took jabs at many of the mainstream issues of the past year, including police violence, the transgender military personnel ban and police violence.

“I love television, it’s a pleasant distraction, but just imagine taking action,” Chance rapped, and he?s not just all talk.

Chance has taken a lot of action this past year, particularly with Chicago Public Schools where he?s continually fought for the underfunded schools.

He also advocated for transgender military members, with mentions of Orange is the new Black star Laverne Cox.

?I think M*A*S*H rocks, but if Hawkeye can be a solider why not Laverne Cox.?

?I get it, the finales they got you focused, just record the show and try to show up at the protest.?

Chance was nominated for a Saturday Night Live performance for original music and lyrics, but lost to Common.