Ever so involved in his community, at this morning’s City Council meeting Chance The Rapper made an appearance to criticize the development of a $95 million police academy in the city’s Garfield Park, according to the Chicago Sun Times.

The Chicago native showed up at the meeting at City Hall with a few of the activists from the VOYCE Project, For the People, Assata’s Daughters and more.

Chance asked the City Council to reject “something that you know is illogical,” and put a stop to the Emanuel administration’s plans to build the new $95 million police and fire academy on the West Side. He believes the money would be better spent if it was allocated to fund mental health services and schools.

“Financially, this proposed plan doesn’t make sense. We don’t have $95 million,” the Grammy-winning musician told aldermen during the public comment period. However, one official had notably exited the building when Chance got up to speak.

Mayor Rahm Emanuel was on the panel for the start of the 30-minute public participation session, but left before Chance got his three minutes to unload. Chance’s father once served as a top aide to Emanuel, so the rapper immediately noticed.

“I guess the mayor had to step out when I came up. But … it’s cool because I’m here to talk to you,” Chance told the council.

The vote ultimately resulted in a 48-1 to approve the first step toward building a new training academy for police officers, firefighters, and paramedics. This means spending $10 million to purchase vacant land in the West Garfield Park neighborhood to make the appropriate room for the facility.

The city has not yet determined a specific source for the remaining $37 million, but city officials believe they can work with the mayor’s Infrastructure Trust to obtain some form of loan or bonds.

In the past and present has been vocal about the funding for local public schools in Chicago, and has even made large donations himself to their education system. In his speech, he strongly urged members of the council to put those funds toward building other resources for public school students such as a pool, a museum, or a new library.

“I’ll just speak to you: what are you doing? I’ve been asking for money for school for years and now you have $95 [million] for a cop academy?” He continued, “I’ve been asking for money for over a year now to fund these classrooms and, on the 4th of July weekend, they announced in like a cool financing way that . . . they’re proposing to build a $95 million cop academy.”

Chance said he is not trying to take money away from the West Side, but feels the city would be better served spending the $95 million planned for the academy on other services, such as mental health treatment or schools. Chance cited work he has done with Orr Academy, which is located about half a mile away from the academy site.

“The school, with just $100,000 in three years, is about to make some transformative changes,” he says. “It would be awesome, though, if we could get them pools at their school, or a new library, or a museum, or any of the things that are proposed in the budget for this $95 million cop academy.”

RELATED: Chance the Rapper is finally hosting SNL next month

Ald. Emma Mitts (37th), whose ward is where the academy would be built, said she agrees the city needs to spend more money on schools, but said the facility is needed to ensure police officers are trained properly.

“We still can use some money for a lot of things right there in the ward. Give us the $95 million, come on back and give us some more to help them with domestic violence, help them with the mentally ill. We could still receive more. Don’t close one door. Don’t do that. That’s wrong,” she said. 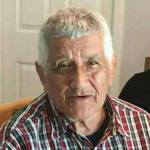