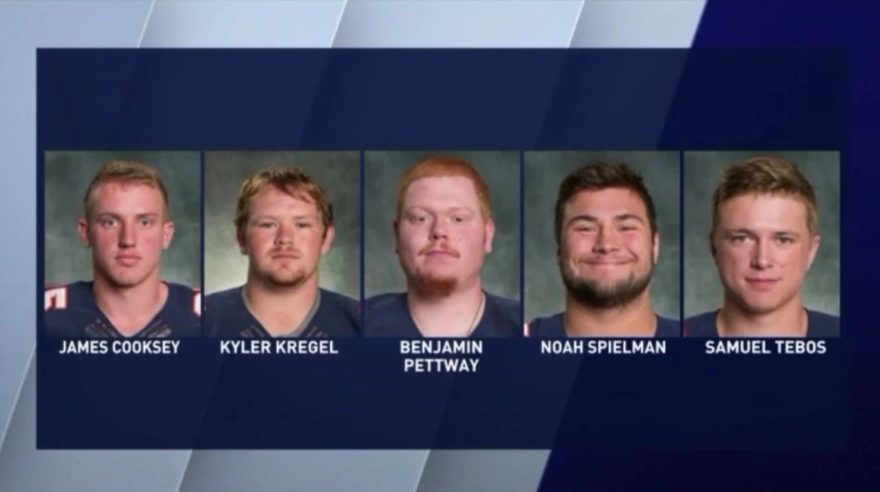 The alleged incident took place in March 2016 and involved football players from a Christian university.

The five Wheaton College students were being investigated in a hazing incident “in which authorities said a freshman teammate was restrained with duct tape, beaten and left half naked with two torn shoulders on a baseball field,” reported the Chicago Tribune.

Part of the alleged attacked reportedly includes the student being drug him behind by his arms, pulling so hard that he tore the cartilage called the labrum in both shoulders severely enough that he required at least two operations to repair the damage.

REALTED: An Indiana University frat has been suspended after a shocking X-rated hazing video surfaced

The five players were all brought up on the same charges: aggravated battery that caused great bodily harm, aggravated battery, unlawful restraint and mob action, with bail set at $50,000 according to the Associated Press.

“There were a lot of things in play from the get-go,” he said according to the Chicago Tribune. “There were a lot of people involved, from suspects to the victim to other witnesses. All the students left the school in May to go home for the summer as well. There were a lot of interviews, fact finding, getting medical records and other issues. We had hours and hours of audio statements to transcribe. It was a lot of work, and we didn’t rush the investigation.”