On a parking lot that previously was used for parishioners at Holy Name Cathedral will now stand a pair of residential towers, one which will be almost as tall as the Hancock building.

According to the Chicago Sun-Times report, Ald. Brian Hopkins (2nd) said to the news outlet that he is “leaning toward support” in regards to the “One Chicago Square” project – despite the fact that an additional 869 residential units could shift River North dramatically.

The news outlet reports that Hopkins calls it “Chicago Avenue transit improvement program” to be incorporated into the plan development.

“We’re finally gonna be able to address the traffic backups on Chicago Avenue. We’re also using part of the funding from this to improve Seneca Park. That would be the local developer’s contribution. And we’re using this to finally get the Chicago Avenue bridge widening off the books. It’s been talked about for years,” Hopkins said to Chicago Sun-Times.

“Chicago Avenue is currently a traffic gridlock nightmare most of the day. The types of improvements we’ve got CDOT working on are going to reduce that congestion. We’re gonna increase the capacity flow, remove some of the parking allowed so you have four lanes, instead of two. The net result will be better traffic conditions.” Hopkins continued to the news outlet.

Hopkins shared with the Chicago Sun-Times that he is crafting specific language to be incorporated into the plan development.

“We have a draft. If we can get that revised and the language is final by [Thursday’s] Plan Commission meeting, I would expect I would support it then. If not, we’ll push it back to February,” Hopkins said to the news outlet.

According to Chicago Sun-Times, JDL Development applied for zoning approval to construct two residential towers to fill the parking lot owned by the Archdiocese of Chicago. The news outlet reports one tower would be 75 stories tall and the other would have 45 floors, directly across from Holy Name Cathedral.

Both structures would tower from a nine-story base housing – which the outlet reports will be a mixture of residential and commercial space – including a fitness club as well as grocery store. The Chicago Sun-Times also reports that close to 225 of the developments 1,090 parking spaces (which are not visible from the street) would be reserved for use by Holy Name parishioners.

The President of JDL, Jim Letchinger noted that the developer had agreed to make the building ” a little skinner” at Hopkins’ request, agreeing to sign off on all changes need to help with traffic on Chicago Avenue at a cost “well over $1 million” according to the news outlet.

Though despite it all, there still remain some residents who think block-long development will continue to provide more traffic to an already-overcrowded area, according to the Chicago Sun-Times.

Letchinger called the project a “tremendous improvement” and argued that a surface parking lot does not belong in the heart of a thriving city, according to the news outlet.

The Chicago Sun-Times reported that Hopkins shared in this sentiment and added that a surface parking lot is “not something that we need anymore” in downtown Chicago. JDL hopes they will break ground around this fall on the $700 million project. 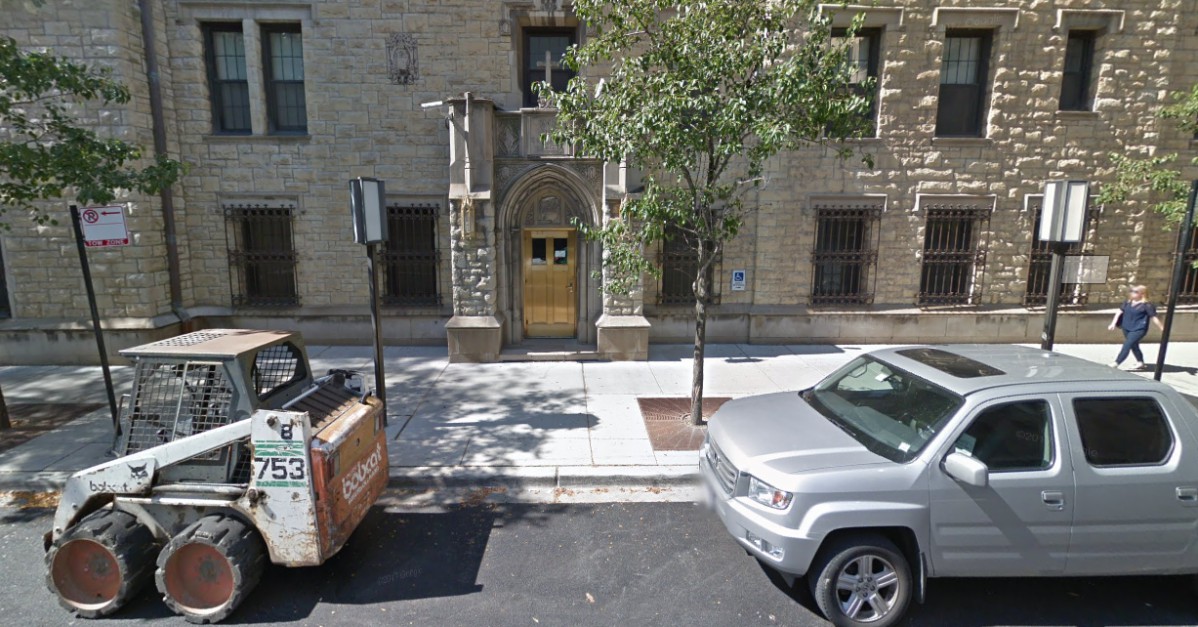