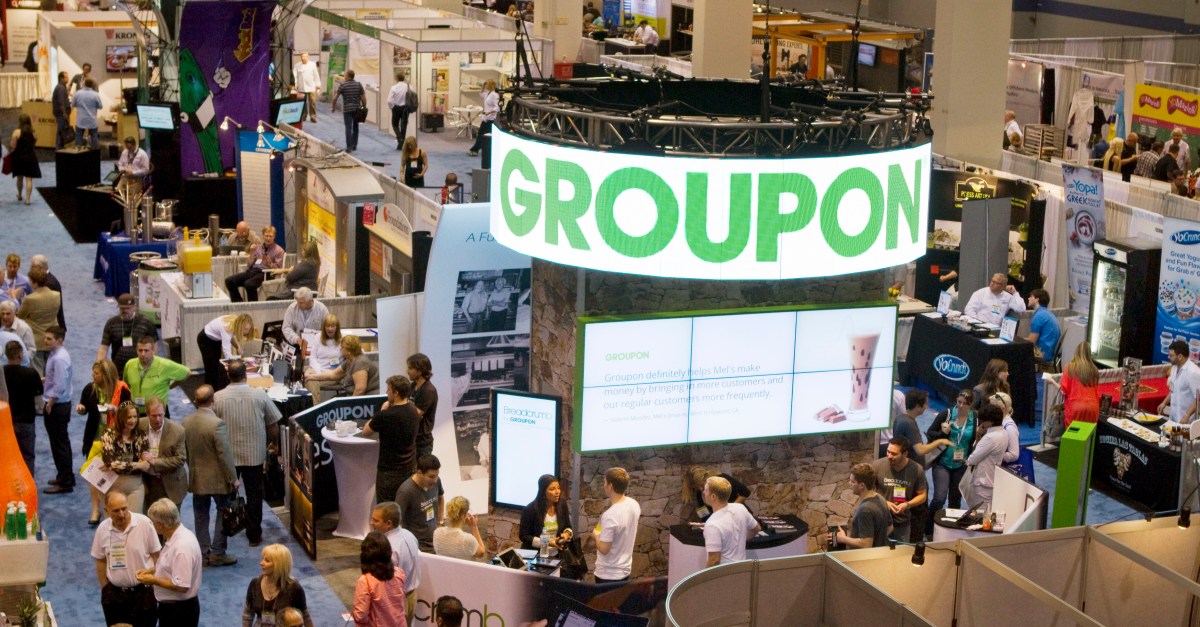 (John Konstantaras / AP Images for Groupon)
IMAGE DISTRIBUTED FOR GROUPON - Groupon booth is seen at the National Restaurant Association Tradeshow at McCormick Place, on Sunday, May 19, 2013 in Chicago. Groupon highlights the company's marketing and Breadcrumb by Groupon point-of-sale and payments at the tradeshow. (John Konstantaras / AP Images for Groupon)

It’s not clear whether or any of the employees affected in this round of layoffs were based in Chicago.

“We’ve made significant investments across the customer-service organization over the last year-plus,” a spokesman said according to Crain’s. “We expect this consolidated approach to help us continue to provide strong service for customers.”

Groupon has not published the statement on the staffing cut on their website.

In April of this year, Groupon cut approximately 100 positions, most of which were from the Chicago headquarters reported the Chicago Tribune. This echoes 2016 layoffs of approximately 30 Groupon employees, which a spokesman said were a part of an “ongoing streamlining process.”

In 2012, Groupon was awarded the “Best Places to Work” award by Glassdoor. Five years later, the company has three out of five stars on the platform, with about 50 percent of reviewers voting that they would recommend the company to a friend.