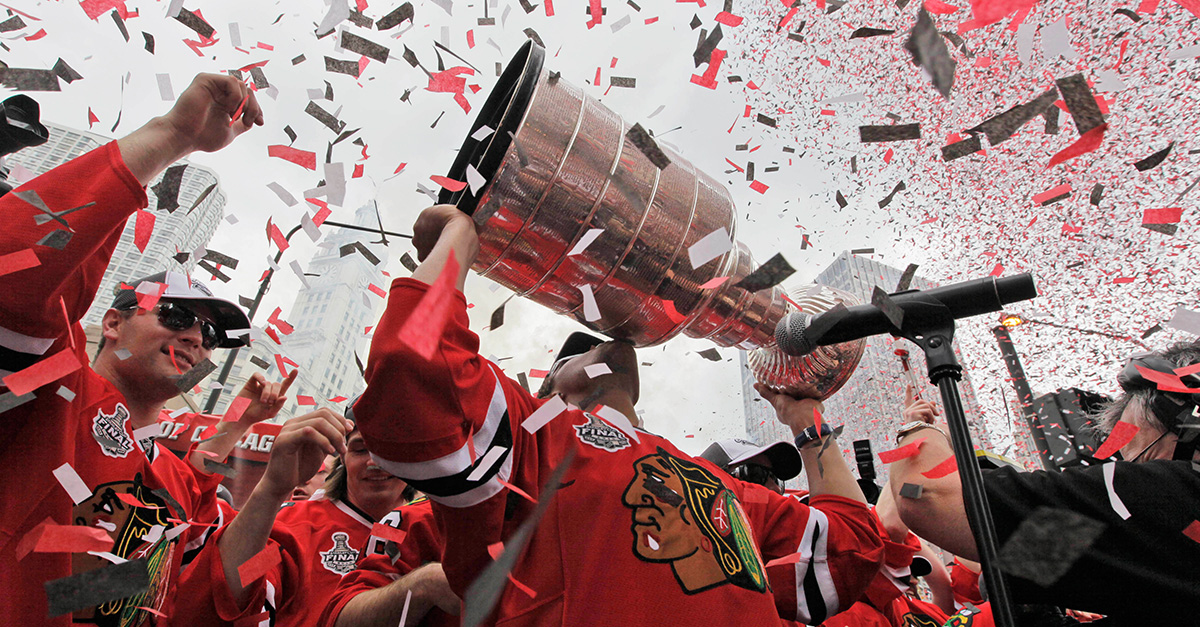 The best way to prep for the upcoming season is to check out which games you want to go to, and buy your tickets.

Lucky for you, those tickets can be yours next week!

Single-game tickets for regular-season home games at the United Center will go on sale on Monday, Aug. 21! pic.twitter.com/HKoaU8SEoP

If you were outside during your lunch break today (Monday, August 14), you may have seen this around town:

Have you seen us yet? pic.twitter.com/sPBVHWPLkF

On to the next stop! pic.twitter.com/9CaFeHXvfY

Who got free Blackhawks goodies today??