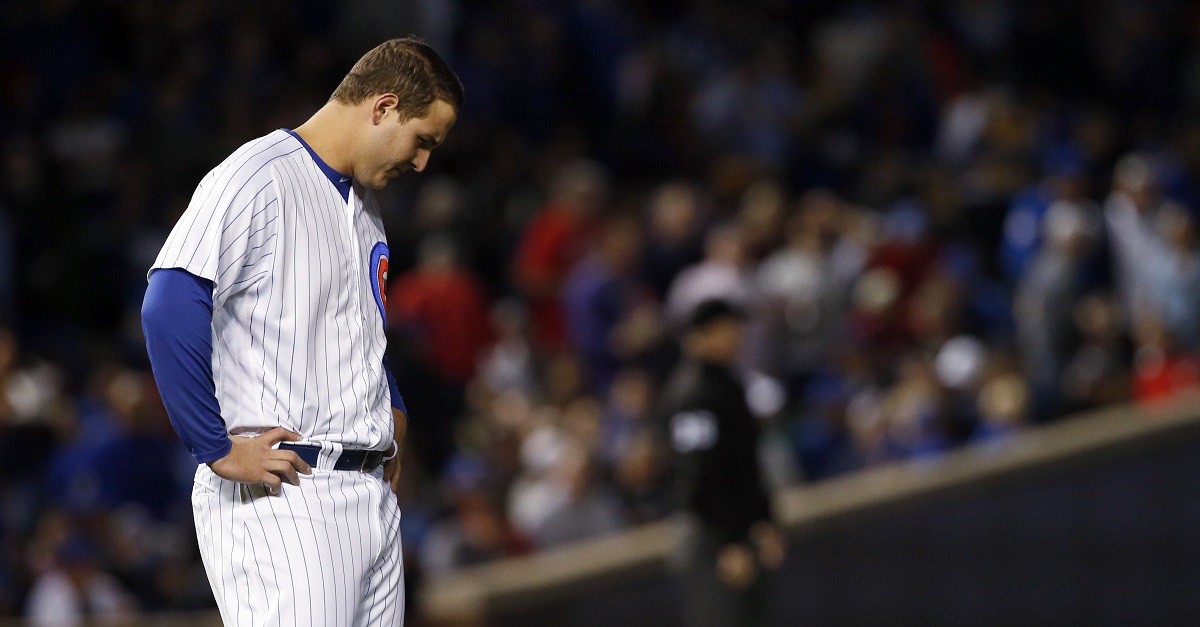 AP Photo/Nam Y. Huh
Chicago Cubs' Anthony Rizzo looks down as he walks on the field after the fifth inning of a baseball game against the Milwaukee Brewers, Friday, Sept. 8, 2017, in Chicago. (AP Photo/Nam Y. Huh)

Rizzo graduated from Marjory Stoneman Douglas in 2007. He was drafted by the Boston Red Sox, traded to the San Diego Padres, and eventually ended up with the World Series-winning Chicago Cubs.

Parkland and Coral Springs please stay strong! This is out of control and and our country is in desperate need for change. I hope In this darkest of times back home this brings everyone together and we can find love. You’re all in my prayers 🙏🏻🙏🏻

Just last month, Rizzo hosted a fundraiser to with the goal of donating $150,000 to his former high school and the school has even named their baseball field after him.

?I owe the first start of my career to those who taught me the fundamental baseball skills I needed to become the player I am today,? said Rizzo at the time. ?Without the help of my coaches, I don?t know if I would have had this much success. I am grateful for the support and encouragement they gave me when I needed it the most.?

As previously written on Rare, he shooting generated an enormous police response including at least one SWAT team equipped with a Bearcat vehicle and numerous paramedic teams. Margate Fire Department Chief Dan Booker confirmed to the Miami Herald that the department responded to a ?mass casualty? event. The department estimates the incident?at this time?at ?20-50? victims, per a Florida CBS affiliate.

RELATED: The 1st victim of the Florida mass shooting has been identified, as relatives of missing students share photos on social media

The suspected gunman in Wednesday?s horrific shooting at a Florida high school displayed a pattern of disturbing behavior and anger issues that got him flagged as a potential threat long before the shooting.

19-year-old Nikolas Cruz, a former student at Marjory Stoneman Douglas High School, had been expelled from the school and did not graduate after causing so much concern that school administrators banned him from campus, according to police. The suspect?s former classmates revealed he had a history of making dark, gun-related jokes and suffered from ?a lot of anger management issues.?