Chicago Firefighters battled a huge blaze that broke out in the at Austin and Dickens.

The building has been abandoned for years, but once was the Zenith factor.

The 2 11 is in what was once the Zenith plant. But has been vacant for years pic.twitter.com/l3eNeqimvO

The fire was mostly on the second floor, and fire crews were attacked from the exterior due to the size of the fire and the condition of the building, according to Chicago Fire Department. No injuries were reported.

Zenith Electronics was founded in 1918 in Chicago, and sold in 2000 to Motorola. They were possibly best known for the production of the first practical television remote, released in 1956, according to Wikipedia. 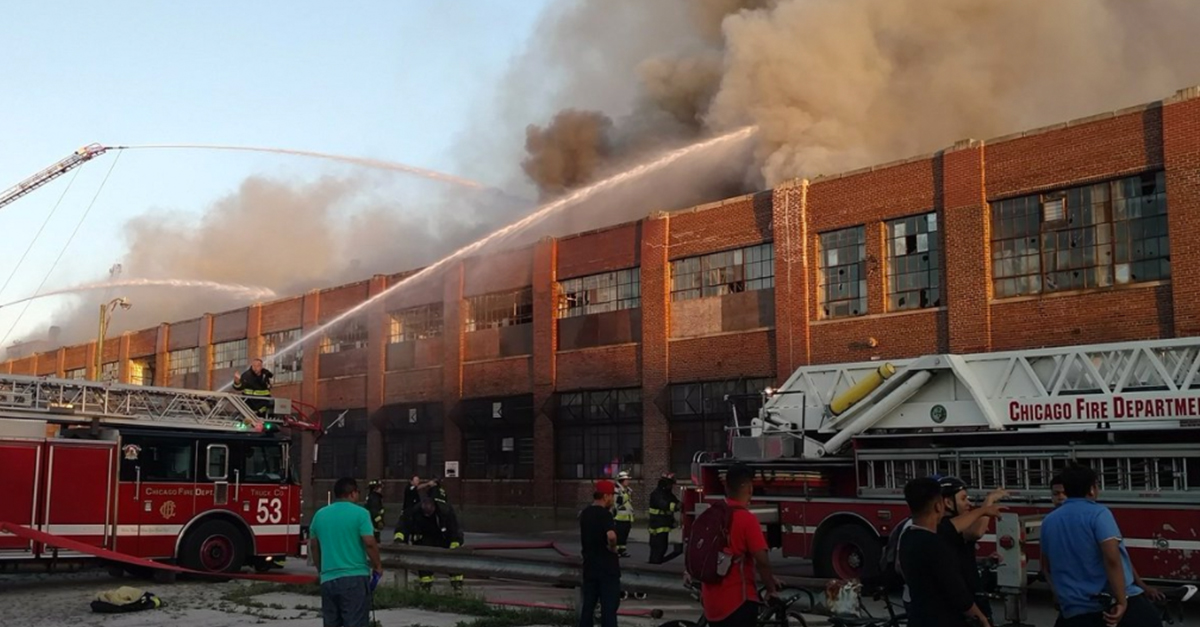