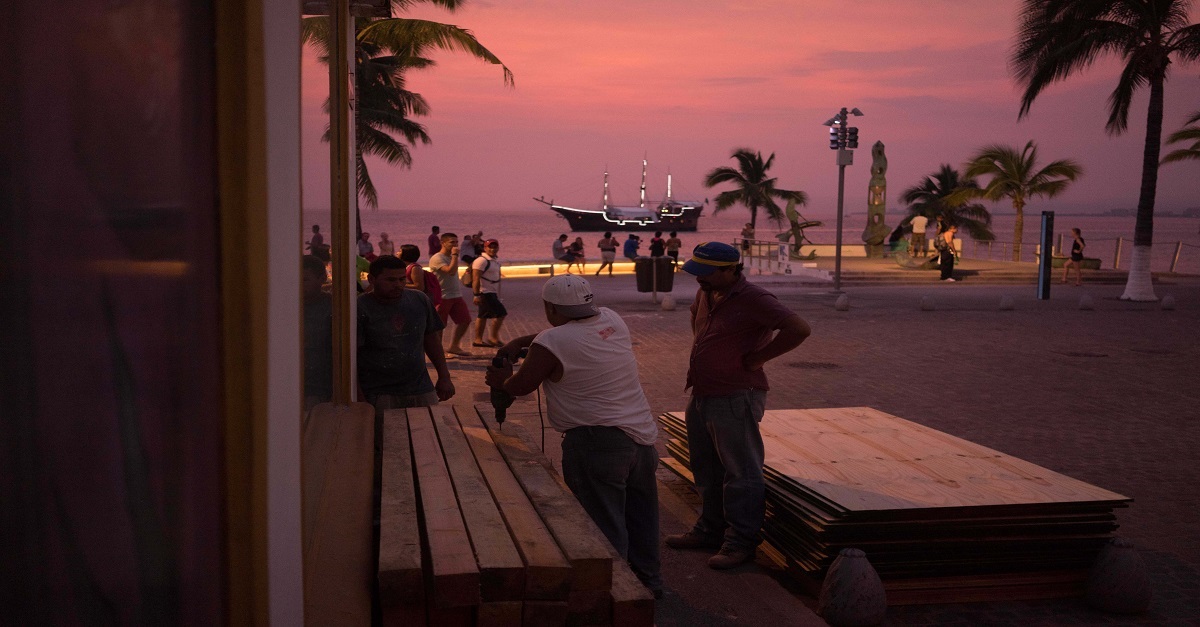 (AP Photo/Cesar Rodriguez)
People preparing for the arrival of hurricane Patricia board up the windows of a seaside business in the Pacific resort city of Puerto Vallarta, Mexico, Thursday, Oct. 22, 2015. Hurricane Patricia grew into a monster, Category 5 storm and bore down on Mexicos central Pacific Coast, on or near Puerto Vallarta, on Thursday night for what forecasters said could be a devastating blow, as officials declared a state of emergency and handed out sandbags in preparation for flooding. (AP Photo/Cesar Rodriguez)

Most people run away when disaster strikes, but Chicago firefighters are of the few who run toward danger and one group of firefighters is going out of their way to lend a helping hand to Puerto Rico after the devastation of Hurricane Maria.

The 22 member crew boarded a flight to San Juan this morning at 8 a.m. to begin their 10 day trip to deliver supplies. Every member of the crew is a Chicago firefighter and they are using their unpaid vacation time to go to the aid of Puerto Ricans in this time of hardship, according to WGN.

Related: Trump had this to say to his biggest critic while touring hurricane-ravaged Puerto Rico

Puerto Rico stands in a state of destruction with a damaged power grid, useless cell phone lines and a bank system that could not withstand the impact of such a high power disaster. In a state of humanitarian crisis, Puerto Rico has been calling for aid from every corner of their reach, according to The Washington Post.

The firefighters are responding to this call, bringing emergency supplies as well as communication equipment. Many of them have personal ties to Puerto Rico with some members of the crew having friends or family living on the island. Thinking ahead as firefighters must often do, the crew has partnered with the San Juan Fire Department to be as effective and efficient as possible during their trip.

Consisting of 21 men and one woman, the noble group is joined by Alderman Ariel Reboyras for an effort that was planned jointly by Congressman Luis Gutierrez, Mayor Rahm Emanuel, the volunteering firefighters and United Airlines who will be covering all travel costs, according to WGN.

Related: Rahm does what Trump hasn?t for the people of Puerto Rico

Commissioner Jose Santiago was at O’Hare to send the firefighters off and said many others have volunteered their time as well, prompting the city to asses whether or not to send another group based on the next 10 days. After President Trump’s failed visit to the island Tuesday, the people of Puerto Rico are reaching out for love and compassion, according to CNN, and the Chicago Fire Department is answering that call with pride.