Girl Scout Cookies are so dang popular they now have their own “time of the year.” In my residential building, we look forward to the little flyers that indicate that those little girls are packing and they want our money, and we want to give it to them.

RELATED: Man gets surprise of his life when boarding his flight

I don’t know what they put in those cookies, but they sell like hot cakes. The scouts actually have to set up particular areas and make their stands though you can also place giant orders. The cookies fund the Girl Scout activities and the club itself, so it’s safe to say these girls are dedicated. Not that it’s a competition, but it certainly helps to add that extra drive and motivation to sell, sell, sell! And one Chicago teen has set a record so high, she received the title of Cookie CEO.

“All of my Saturdays and Sundays and after-school days that I wasn’t doing sports or student council I was out selling cookies,” Williams, 13, speaking to WGN. She also set up a cooking-selling table decorated with signs and streamers, which she carted to various stores like Jewel, Dollar Store, and Walgreens, that allowed her to set up shop.

“I’m a very competitive person,” she said. “I always want to do more. I want to sell 200 more this year than last year and see if I can put the money toward a college fund or a local food pantry. Something that gives me and the people around me a chance to experience new things.”

In the past, the proceeds have also been distributed to other donations and charitable causes picked by the Girl Scouts Foundation.

“The cookie program is the largest entrepreneurship program in the country for girls,” said Nancy Wright, CEO of the Girl Scouts of Greater Chicago and Northwest Indiana. “It teaches them about financial literacy, setting budgets, reaching targets, thinking about the future. They’re running their own business.”

And Williams, by all accounts, is a boss. Her past sales figures earned her the title “Cookie CEO,” which means she spent Columbus Day at Wright’s office, along with other top sellers, shadowing the actual CEO.

“Phoebe is so well-spoken and confident,” Wright said. “One of the joys of my job is meeting these amazing young women. They’re so hungry and eager and curious. They’re just brilliant. Phoebe is brilliant.”

Williams has six siblings — five older and one younger. Girl Scouts gives her a space to carve out her own identity and use it to set an example for others, her mom, Autumn, told WGN:

“She’s one of the older Girl Scouts — a lot of them lose interest by now. So to see her recognize the impact she can have and make every effort to be kind and helpful and supportive to the younger girls, with absolutely zero prompting, it’s just so much fun.”

Her Cookie CEO gig also landed her in the spotlight at Allstate Arena recently, when 5,000 or so people gathered to watch Girl Scouts of Greater Chicago and Northwest Indiana compete for the official Guinness World Record for most cookies dunked in milk at one time.

They clinched the record, dunking 3,236 cookies simultaneously and beating out the previous record of 1,800, which was set in India. Williams dropped the puck for a Chicago Wolves game that took place after the Girl Scouts event and posed for photos with Scouts and their families.

“It was wonderful to watch her in her element and see her so proud of the choices she’s making,” Autumn said.

As for her pride and experience Phoebe told WGN:

“Selling cookies teaches me people skills and how to be out there with strangers in a way that’s safe, but also allows me to represent myself and show people who I really am,” Williams said.

RELATED: Second City’s autism classes are coming to the West side!

Her future plans include wanting to open her own diner when she’s older, where she can put some of those skills to work.

“I want to go to business school first and then get a job, so I can pay my way through culinary school and then go open up my diner,” she said. “I don’t really know where. I just want it to be a place where I have regulars, like people who I really get to know.” 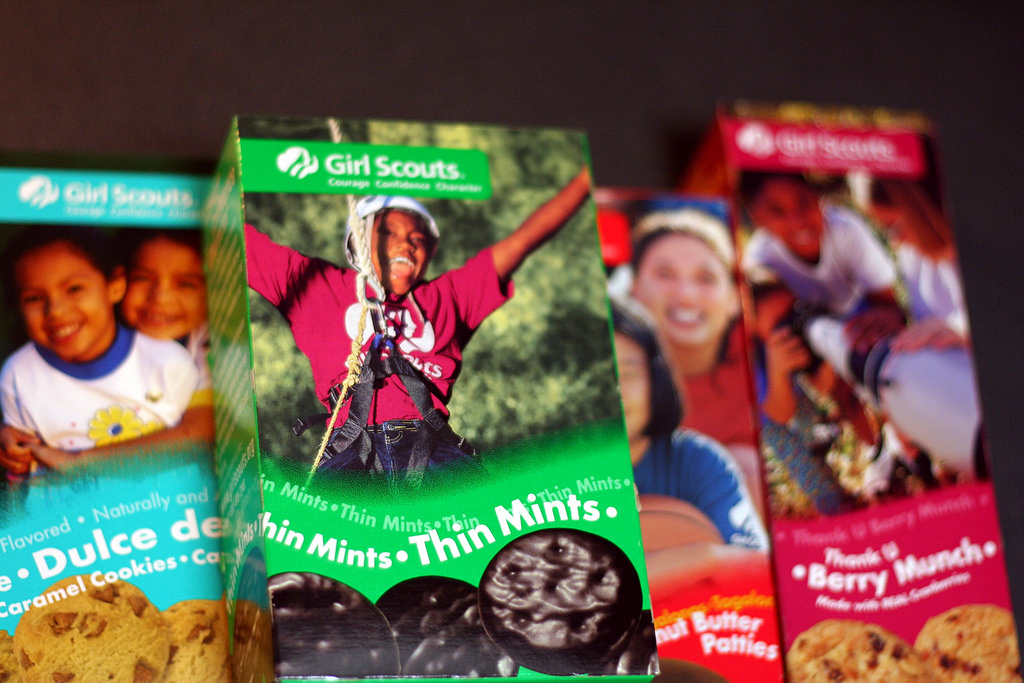