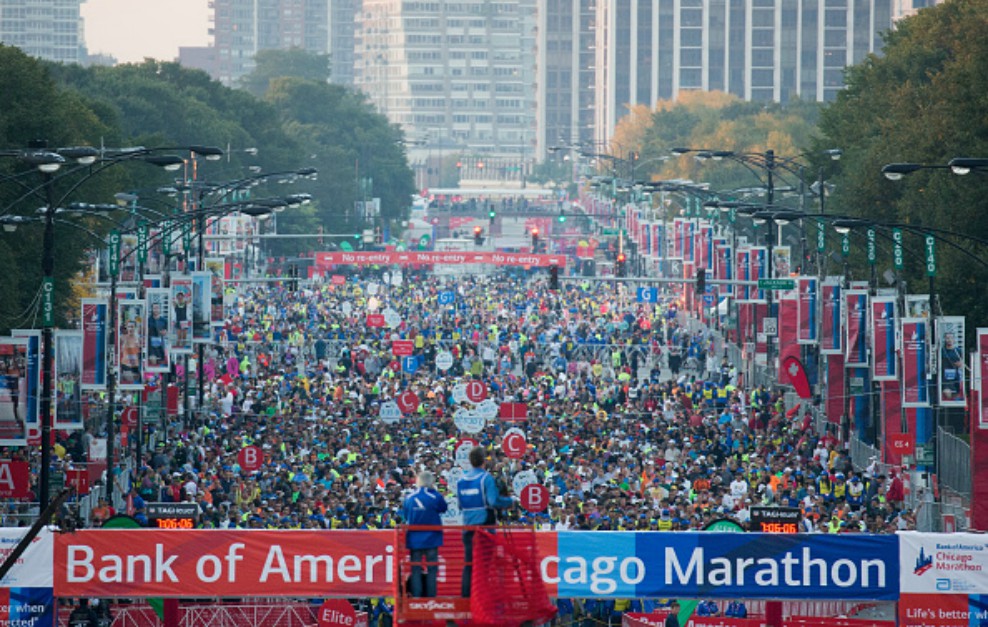 After the tragedy that was Las Vegas, Chicago official’s will re-examine security for multiple large events coming up, including the marathon this Sunday.

In Grant Park, security measures include only metal fencing along the perimeter. But more fencing, barricades and salt trucks will be put in place later this week. In addition, Chicago police will then empty the marathon grounds and do a security sweep on Saturday – just in time for Sunday’s event.

RELATED: Ellen DeGeneres offers hope to fans in the wake of the Las Vegas shooting

The 40th annual Chicago Marathon will draw 40,000 runners, 12,000 volunteers and more than a million spectators. And according to race director Carey Pinkowski and city leaders, keeping those million people safe is top priority.

“We have some big planning meeting tomorrow so we leave all of those adjustments or any additional resources that will be factored into the plan to the Chicago Police Dept. and the federal agencies that support us,? Pinkowski said.

On Monday afternoon, security guards watched over as medical tents and metal fencing was put in place. People [stopped by FOX 32] on the lakeshore path say the more the security, the better.

“Of course there is a certain level of fear but we can’t let things like this stop us from living our everyday lives,? said Danyelle Foster, a runner.

According to Mayor Rahm Emanuel, the city has proven it is capable of providing security for large crowds i.e. last year’s World Series win by the Cubs. Rahm says the city is constantly practicing active shooter drills. Both leaders and organizers are doing all they can do provide peace of mind for Sunday morning.

“We are going to have a great day safe and secure on Sunday, October 8th, celebrating the 40th anniversary of this great tradition,? Pinkowski said.

Everyone who goes to the marathon will go through security. They will also be wanded and bags will be searched. The finished line is limited to a ticketed group.