Menu
Follow us
Search
Menu
Search
In this Thursday, Sept. 7, 2017 photo, Juan Negron, right, prepares to start up a power generator in front of whats left of his damaged property, after the passage of Hurricane Irma, in the island of Culebra, Puerto Rico. About a million people were without power in the U.S. territory after Irma passed just to the north, lashing the island with heavy wind and rain. Nearly 50,000 also were without water. (AP Photo/Carlos Giusti)

Chicago sent a plane chalk full of supplies for the victims of Hurricane Maria on Tuesday. But that same plane will be bringing something back when it returns…

The same trip was taken on Monday delivering 75,000 pounds of supplies and bringing back something even more special: 300 evacuees. Ony one United Airlines plane can make the roundtrip flight from Chicago to San Juan per day so the airline was sure to use one of the largest planes in its fleet to deliver the most supplies possible to Puerto Rico.

Workers loaded the Boeing 777 with food and supplies at O’Hare International Airport early Tuesday.
The mission is two-fold: deliver food and supplies to Puerto Rico as well as bring back people stranded on the storm-ravaged island.

The entirety of the island lost power after Maria slammed Puerto Rico last week. Close to 85% of the power lines were knocked out and it may be months before they are repaired. Without power, pumps cannot bring running water to homes. Maria also knocked out cell phone and internet service for most of the island. Food, fuel, and clean water are also running short.

RELATED: One last flight makes it in and out of Puerto Rico ahead of Irma — barely

Monday night, more than 300 people evacuated from Puerto Rico landed at O’Hare, where volunteers from the Red Cross welcomed them with food, water, baby supplies, and clothes.Families reunited and evacuees shared harrowing stories of being trapped and isolated after Maria devastated Puerto Rico.

On Monday night, over 300 people evacuated from Puerto Rico landed at O’Hare, where Red Cross volunteers welcomed them with food, water, baby supplies, and clothes. Families reunited and evacuees shared stories of being trapped and isolated after Maria devastated Puerto Rico.

“It’s a miracle because we were actually going to wait for a week to get on a plane,” said Frank Higginbotham. Tuesday’s relief flight took off at 6 a.m. and will return from Peurto Rico later in the evening. 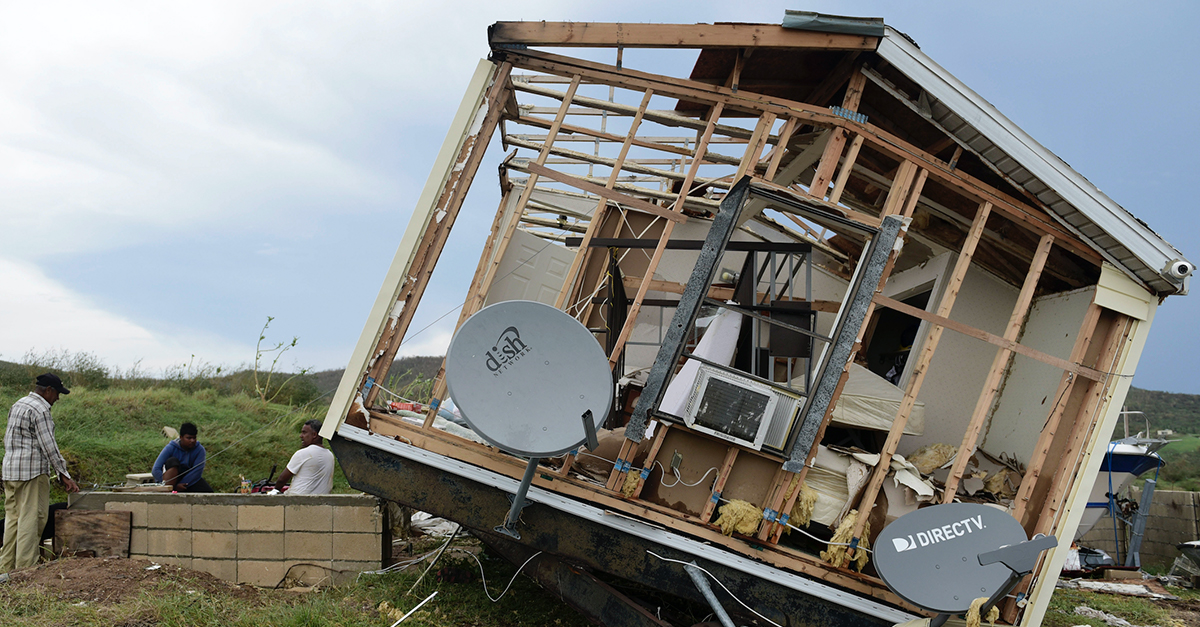