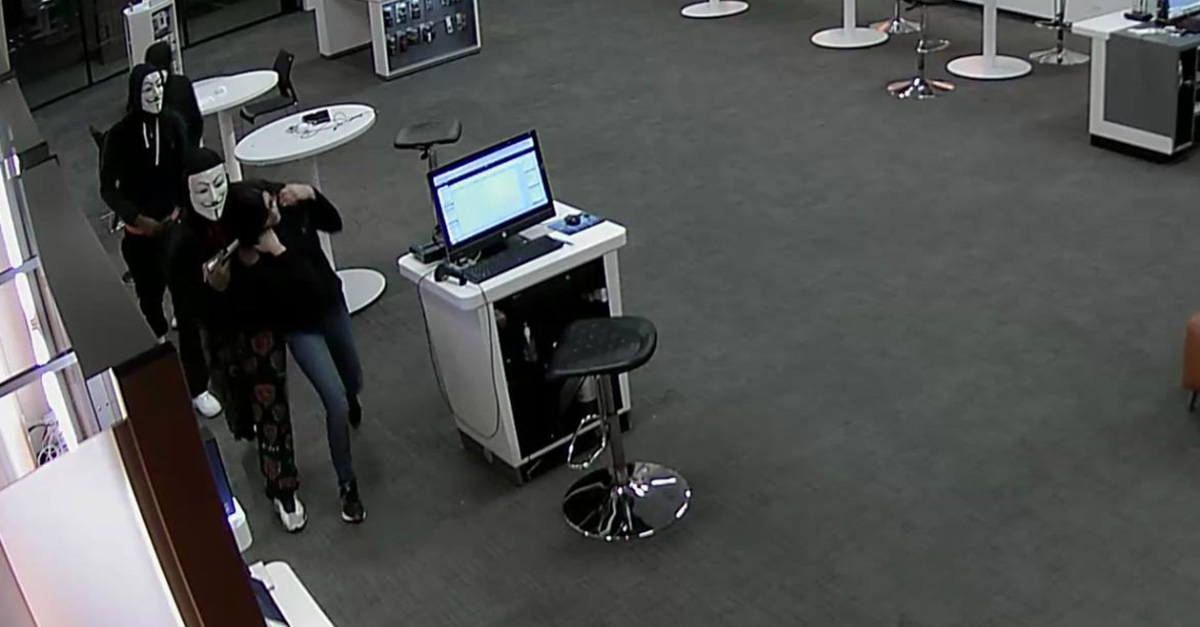 The West Chicago Police is hoping members of the community can come forward to help identify three individuals who robbed a phone store Monday evening.

“The West Chicago Police Department seeks public assistance reference an armed robbery that occurred on Monday, October 16th at about 7:45pm at the AT&T Store, located at 159 N. Route 59 in West Chicago.”

One suspect was carrying a red backpack.

As the three individuals entered the store, one displayed a two-tone black semi-automatic pistol.”

The police indicate that several cell phones were taken, and they left in an unidentifiable care heading north on Route 59.