Across Chicago, one man was killed and at least 14 people including a 14-year-old girl, have been injured in shootings on Wednesday and early Thursday, according to police.

RELATED: Stay safe Chicago: watch this safety video to know the difference between fireworks and gunshots

The 20-year-old was taken to Advocate Christ Medical Center in Oak Lawn where he was pronounced dead after being found in a gangway with gunshot wounds to the abdomen.

The other man also suffered a gunshot wound to the abdomen and was sent to Advocate Trinity Hospital, where he was in serious condition. Police say a witness claimed the 20-year-old was sitting in a car with someone at East 102nd and South Ogelsby Avenue and the 18-year-old was walking towards the car [in attempt to possibly get in] when someone fired shots from a silver Chevy Impala traveling east on 102nd.

According to the Cook County medical examiner’s office, the deceased man was identified as Marques Lewis, He was pronounced dead at 8:42 p.m.

In the 9300 block of South Jeffery Boulevard in the Pill Hill neighborhood about 7 p.m., police said a
14-year-old girl was shot in the abdomen on the Far South Side. Police say she was near a bus stop when someone in a red car fired shots. Her condition was stabilized at Comer Children’s Hospital.

RELATED: Despite all headlines, there was a dip in Chicago shootings in the month of August

8900 block of South Phillips Avenue in the Calumet Heights neighborhood, a 17-year-old boy was shot just before 7:45 p.m. on the South Side. He suffered a gunshot to the groin and was later stabilized at Advocate Trinity Hospital.

Police were investigating a rifle attack on the Far South Side that wounded a 23-year-old man in the knee. In the 9100 block of South Ada Street in the Brainerd neighborhood, the shooting happened just before 12:50 a.m. according to police. The man said he was standing outside when two gunmen opened fire.
He was taken to Stroger Hospital in good condition. 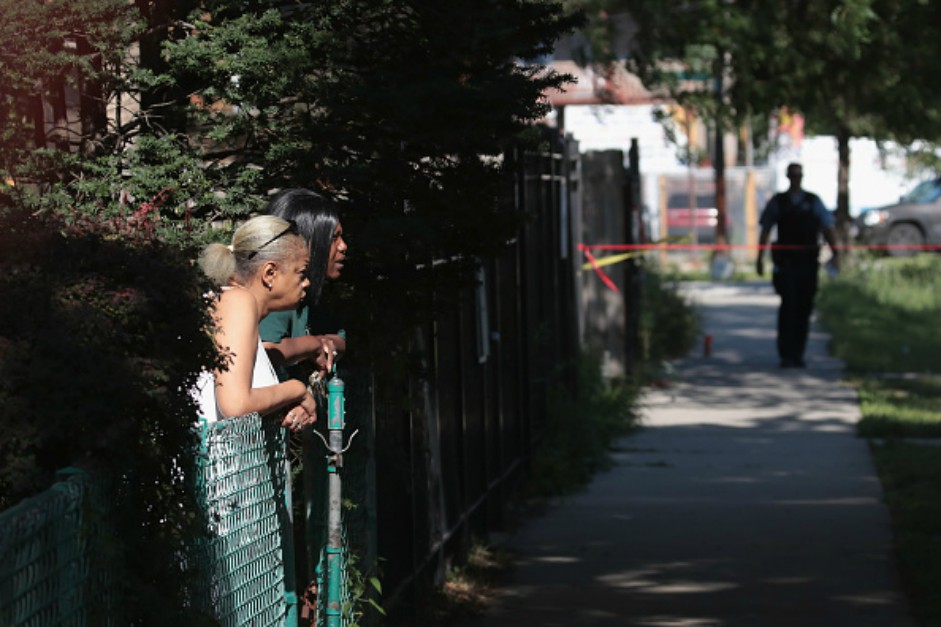