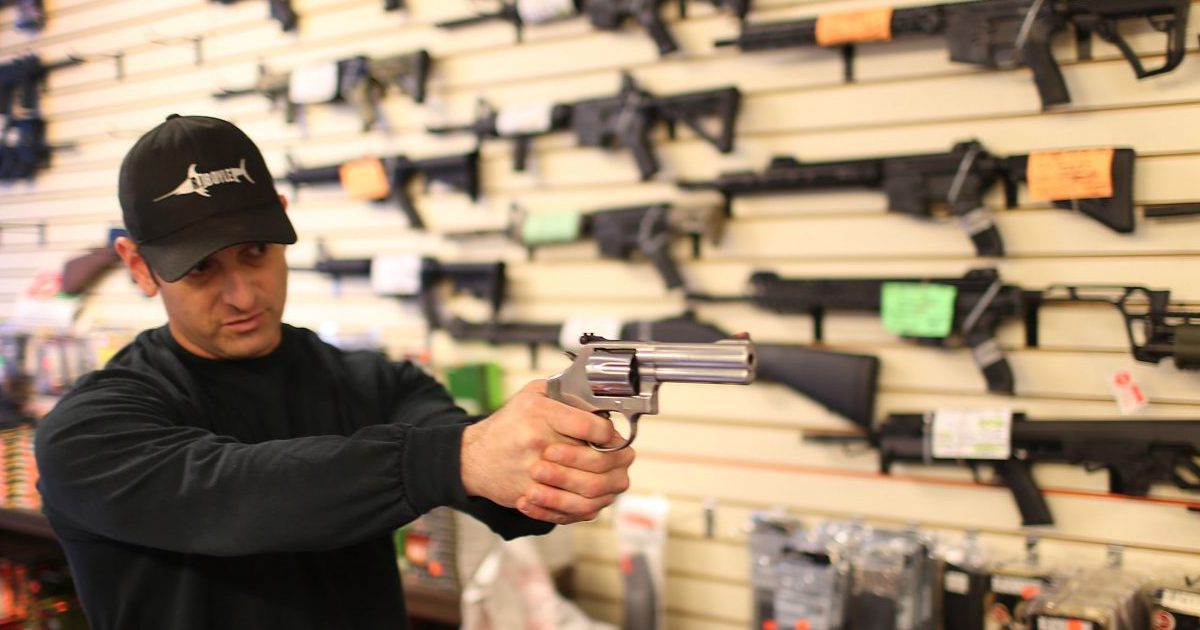 Joe Raedle/Getty Images
DELRAY BEACH, FL - JANUARY 05: Brandon Wexler shows a customer one of the weapons that she was picking up at the end of the three day waiting period at the K&W Gunworks store on the day that U.S. President Barack Obama in Washington, DC announced his executive action on guns on January 5, 2016 in Delray Beach, Florida. President Obama announced several measures that he says are intended to advance his gun safety agenda. (Photo by Joe Raedle/Getty Images)

According to a government report, the U.S. rate for gun deaths has increased for the second straight year, following 15 years of no actual change.

Close to two-thirds of gun deaths are suicides and those have been increasing for about 10 years.

RELATED: Egg McMuffin fan is on the run after pulling a gun at McDonald?s for denying him the dish

Just until recently, that has been offset by a stark decline in people shot dead by others but there has been a recent upswing. According to experts in those gun-related homicides, the firearm death rate rose to 12 deaths per 100,000 people last year according to a report released Friday by the Centers for Disease Control and Prevention.

In just the past two years, Chicago along with other places with sharp homicide increases has been large enough to elevate the national statistics. According to the FBI’s raw numbers – the tally of U.S. homicides involving guns rose to nearly 11,000 last year.

Bob Anderson, the CDC’s chief of mortality statistics said most gun deaths happen in warmer weather so it is too early to know what is happening this year.

The CDC also reported a continued increase in the death rate from drug overdoses, which hit 20 per 100,000 last year with Heroin and other opioids driving the deadliest drug epidemic in U.S. history.