Saturday’s Women’s March on Chicago reportedly turned out 300,000 marchers, encouraging women to not only use the ballot box to make change, but to put their name on the ballot.

According to the organizers, the movement’s second annual event themed “March to the Polls,” is replacing the resistance message to the Trump administration with a call to influence upcoming local, state and midterm elections.

RARE POV: Why I won’t be joining the Women’s March

The Chicago Tribune reports last year’s event shut down parts of the Loop unexpectedly with a quarter of a million participants the day after Trump’s presidential inauguration. This year’s estimated number is reportedly 50,000 more, but city officials have yet to release official numbers.

In an interview with the Daily Herald, a first-time marcher from Elmhurst admitted, “I was surprised that there were so many participants who came with families, senior citizens and infants.”

According to the news outlet, movements like #MeToo and “Time’s Up” have only increased the march’s participation. The event was one of hundreds of “sister marches” across the country and world.

Around Grant Park, many marchers donned the pink knit hats fashioned to look like cat ears as they held  their picket signs. The weather was brisk, but sunny with clear skies, according to the report.

RELATED: Thousands of demonstrators flood in during “March for Life”

Additionally, officials from the Chicago Foundation for Women, the Illinois Coalition for Immigrant and Refugee Rights and Emily’s List also reportedly spoke to the masses.

The march ended by early afternoon with many participants leaving their signs along Michigan Avenue and Wacker Drive. 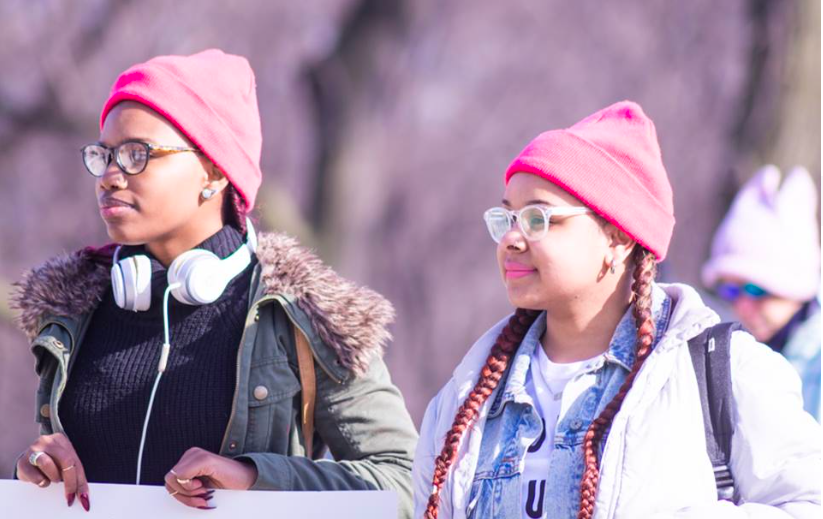