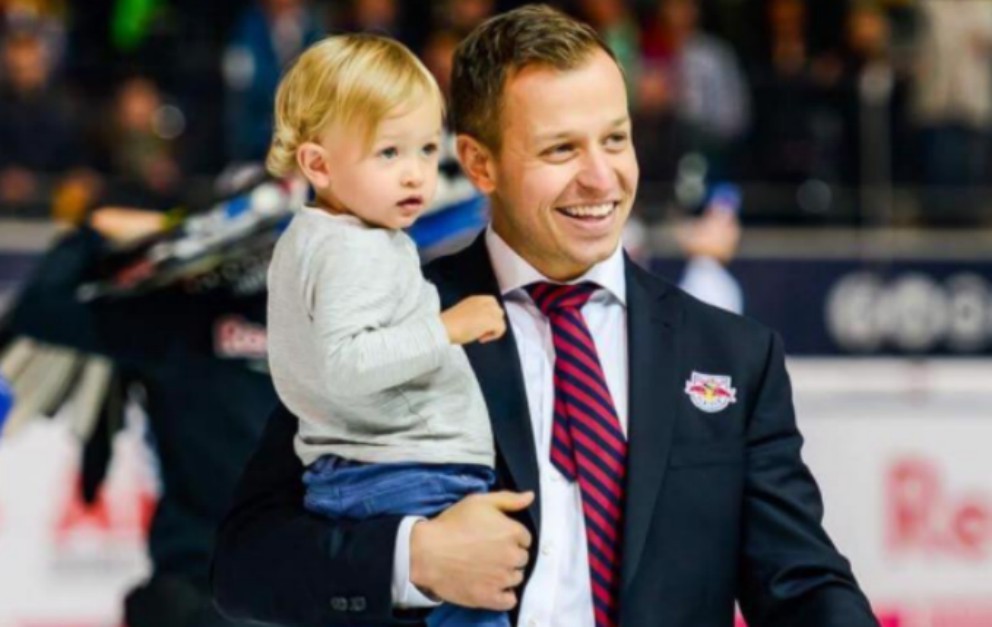 Matt McIlvane is American but he is rooting against the U.S. men’s hockey team.

According to NBC , the Naperville native McIlvane is an assistant coach on the German men’s hockey team – a position he has been holding for two weeks.

McIlvane was one of the last people in the world to find out he’d be attending the Games and has spent the last four seasons as an assistant coach to Don Jackson for the Munich Red Bulls Ice Hockey Club in Germany. There was a last-second coaching change on Team Germany ahead of PyeongChang that left an opening — one that McIlvane filled just days before the team was supposed to leave for South Korea.

Doing what the NHL used to do, the German ice hockey league goes on break for most of February as many players in the league partake in the Winter Games. McIlvane was scheduled to fly home to Chicago with his wife, Megan, and their son for the month-long break but instead – he stayed up in Germany as he awaited his Olympic-sized news.

“I found out that next day it was 100 percent, so I ended up going and meeting the team and went to training camp,” McIlvane said. “We’re literally talking last minute, which is kind of incredible. It’s totally surreal.”

Many people have asked what McIlvane’s favorite part is so far.

“This is gonna sound odd and too vague, but my favorite part is the magnitude of what’s going on here. What I’ve been really disciplined about is being able to take in moments and enjoy the things that are happening.” McIlvane said.

On Wednesday, Germany lost its first game to Finland in the preliminary round 5-2 and plays again Friday morning at 7:10 a.m. ET against Sweden. There is no matchup scheduled between Germany (Group C) and the U.S. (Group B) in PyeongChang as both teams would need to advance beyond the preliminary round if they are to face off.

The 32-year-old McIlvane has played and coached hockey all over the state of Illinois in his career, attending Naperville Central High School. He was selected in the 8th round of the 2004 NHL Draft.

McIlvane then found himself playing hockey at Ohio State instead of entering the professional ranks immediately and after college, had stops in Bloomington, Ill., and Peoria as a player. He then retired in 2011 after tearing both his ACLs and withstanding several concussions throughout his career. He took a job as coach of the Danville Dashers in the Federal Hockey League.

RELATED: Winnie The Pooh is now trending online, all thanks to the Olympics

Before receiving a call from hockey coaching legend Don Jackson to join him in Europe, McIlvaine coached in Florida for a season. McIlvane spent a year coaching for Red Bull Salzburg in the Austrian Hockey Lague before Jackson’s entire coaching staff moved over to lead the Munich Red Bulls Ice Hockey Club in Germany.

McIlvane hopes to return the to the U.S. to coach as well as run a college program to help develop young hockey players. McIlvaine has enjoyed his success winning two titles in Germany with the Red Bulls but participating in the Olympics has been a once-in-a-lifetime experience he will not forget.