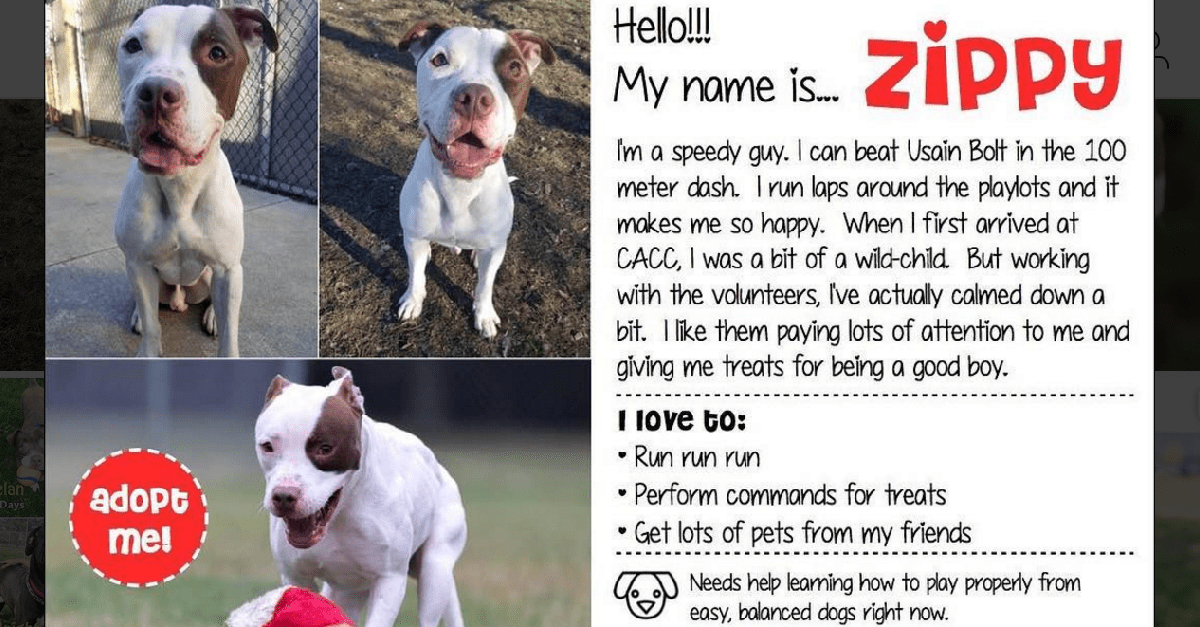 The City of Chicago’s Animal Care and Control Center (CACC) has too many dogs. Their kennels are overcrowding and its creating dire conditions and limited futures for some of the canines.

“We are an open admission shelter which means we can’t turn away animals. We take in the strays. We take in animals rescued from abuse or neglect,” she said. “Which means animals are coming in daily. They have to have a place to go. Space is not infinite. We have to move the animals out.”

When she was asked if some of the animals would have to be put down, she replied “That would be accurate, yes.”

Obviously this would only be a last resort and the city is coming up with creative ways to get people to adopt the pups.

Russell joined the CACC in April 2016 after being active in multiple animal and community groups for twenty years. She has also written numerous books to educate children about compassion toward animals and environmental responsibility.

“When you look at a dog like this sometimes these dogs are judged before they even leave the kennel. So we’re trying to get Chicago to treat all dogs as individuals and take great pride in our local dogs,” she added.

The center is having a commission meeting on January 18th next week at the headquarters at 2741 S. Western Ave. The meeting is open to the public for questions, comments, and concerns.

RELATED: Meet the pit bulls who are top dogs of Chicago’s Midnight Circus

Here’s a few of the pups that have recently come the center’s way:

Please read! 🐾Poor Remy, our longest resident adoptable baby. 😥 Remy is a giant 3 y/o love bug who loves to play fetch! 🤗 Remy’s previous owner wrote that he is good on walks, with strangers, has lived with kids, housetrained, knows manners, and is good with medium/larger dogs! 🦏 Of course, since this smushy walrus has been at the shelter SINCE AUGUST 2017, some of his good behavior might have deteriorated in the isolated and stressful environment of the shelter. With a loving and patient home, Remy will blossom into the beautiful sidekick you’ve already dreamt of! PLEASE come meet Remy, he’s running out of time and as his previous owner was quoted, “He is an oversized baby.” ♥️♥️♥️✨A171168

Good morning, meet adoptable Zippy! 🧜‍♂️ This sweet, happy 2 y/o babe has calmed down quite a bit since coming to the shelter as a stray. Zippy is jumpy in his cage but once outside will gladly chill by your side. Zippy loves to play, soak up the sun, and show you his wonderful “sit.” Zippy will still need a patient home willing to continue his training as he can be a bit jumpy. This boy deserves a loving family, come meet him today! ✨A170173 photos by @joshfeeneyphotography

Meet adoptable Heaven! 🧚‍♀️ This happy, easy-going 2 y/o girl loves to play, cuddle, and walks great on the leash. Heaven would benefit from a warm family to show her all the love and continue to work with her on manners, as she likes to give big hugs! Come meet this girl today- we open at noon. ✨A170489 photos by @joshfeeneyphotography