It’s impossible not to notice that Chicago is in the midst of a construction boom right now.

While areas like Hyde Park on the South Side, Milwaukee Ave on the Northwest Side and Lincoln Park on the North Side continue to see many developments of their own, downtown is still keeping the rest of the city in its shadow.

The team over at Curbed Chicago is keeping tabs on the largest of these developments, with six such buildings expected to top over 800 feet in the air, or as Curbed calls them: Supertalls.

They currently have an interactive map of all 54 (as of this writing) buildings that are under construction.

The Vista Tower which is currently under construction along E Wacker Drive will become the third tallest buildings in the city. The 95 story building will feature residential and office units.

It is designed by the prominent Studio Gang and is one the most highly anticipated buildings during this boom; it is expected to be completed in 2020.

One Grant Park in the South Loop designed by Uruguayan architect Rafael Viñoly Beceiro is also currently under construction. The building of luxury rental units broke ground earlier this year and will be the tallest building south of the Sears Tower.

The 70-story One Bennett Park in the Streeterville neighborhood has also started construction and will be high-end rentals and condos. The project is expected to be finished in 2019.

Two other buildings have been approved for building although no ground has been broken yet: 1000M at 1000 S Michigan and a commercial tower at 110 N Wacker.

The final tower is Wolf Point South which would be a companion piece to the new Wolf Point West along the Chicago River. This project is still seeking approval from the city.

All of these projects will be exciting contributions to Chicago’s skyline and are all fitting for the city where the word ‘skyscraper’ was first coined. 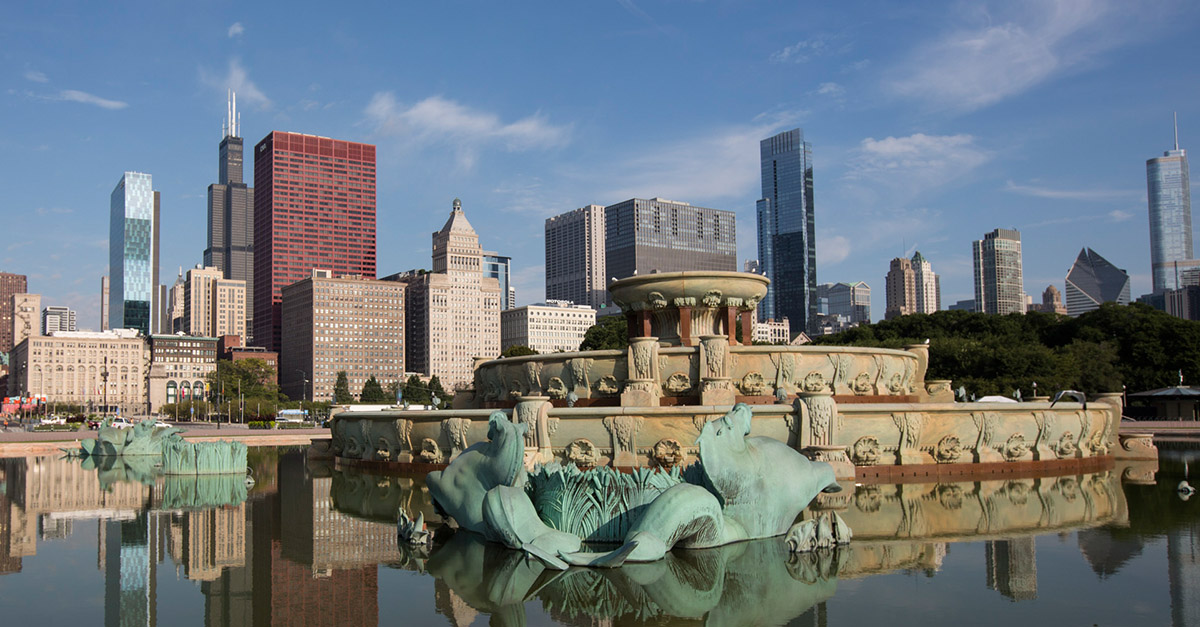