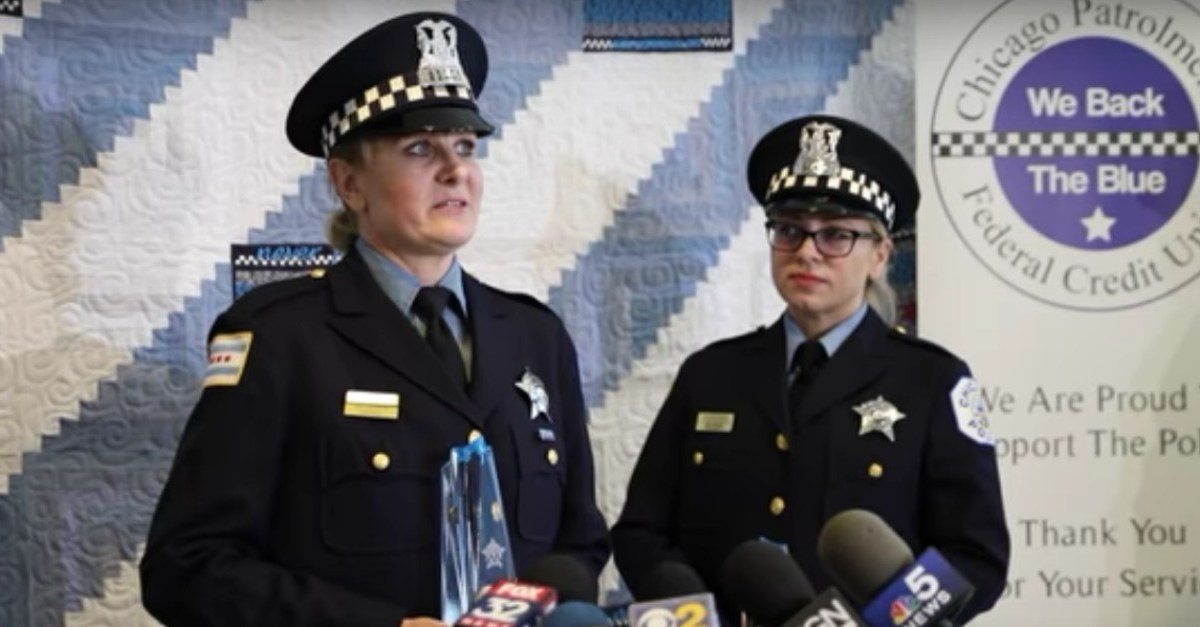 After helping deliver twins at a CTA train station, these two Chicago cops were named “Officers of the Month”.

According to a WGN report, the two officers responded to a call on the morning of November 1st for help from the Roosevelt Red Line station.

According to WGN, the officers were patrolling the train station at the time when the young mother went into labor.

The news outlet reported both babies were delivered at the Roosevelt station before paramedics could escort the mother to the hospital.

The officers told the news outlet that they were just doing their jobs.

Watch the full coverage below, courtesy of the Chicago Sun-Times.