Could Barack Obama be returning to politics? 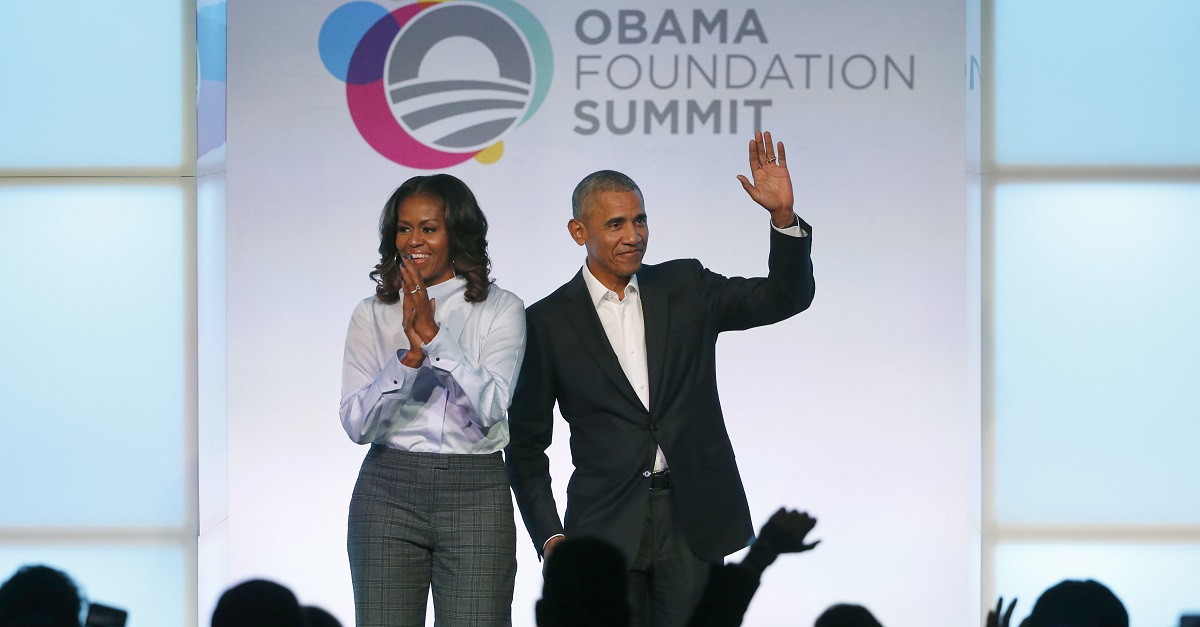 January 20th marks the one year anniversary of the transition from Obama’s presidency into Trumps. In that time period, Obama has kept a relatively low (though not entirely absent) profile.

But some sources say that he is going to be more active in the political arena during Trump’s second year as president, according to the Chicago Tribune.

RELATED: Historians have reranked American presidents and here is where they place President Obama

Spokeswoman Katie Hill said that he will “continue to be politically active in 2018, with more endorsements and more campaigning.”

His former top strategist David Axelrod, who is now head of the University of Chicago’s Institute of Politics says the year “off” did Obama good. “He must feel 100 pounds lighter. He is still deeply concerned about the world, and the things that always concerned him, but there’s something to be said about not having those red phones around him, metaphorically speaking.”

What does this mean for Chicago?

Well, Obama still has an address in Washington, for his daughter Sasha to be able to finish high school next year. But Axelrod expects that he will spend plenty of time in his adopted home city.

Which isn’t to say he already hasn’t.

Last December, he spoke at a summit on climate change to support the Chicago Charter, a rebuke of Trump’s pulling out of the Paris Agreement about climate change. He hosted a leadership summit featuring politicians, activists, and artists from around the world.

One of the biggest news stories attached to 44’s name is the future presidential center which is planned for Jackson Park on the South Side.

While the center has been reported to be designed and constructed by minority-led firms, Obama has still found himself at odds with residents who are worried about the impact of the center on the neighborhood.

Some groups are worried about potential lane closures for vehicle traffic in the area and also how the park itself will be affected.

Overall, Obama has shown a passion for mentoring young people and many have pointed as that to be how he will shape his legacy. Last April, Obama met privately with at-risk youth in a program set up by his former Education secretary Arne Duncan.

“If he can really help train a generation of not hundreds, but thousands of leaders, not just domestically but internationally,” Duncan said, “you think about the ripple effect not just over the next 25 years, but over the next 50 years.”

2018 will be the first year that Illinois celebrates Obama’s birthday on August 4th as an official holiday. No matter what he ends up doing, he will always be a part of the state.

RELATED: “It’s something you can never duplicate”: 90-year-old WWII veteran reflects on the Obama years

As for his thoughts about national politics?

“[H]e has resisted commenting on Trump except around specific policy concerns and then only very rarely,” Axelrod commented.

“I don’t think you have to be Sherlock Holmes to decide he’s got big differences (with Trump), but … he’s going to be measured about how he publicly expresses himself.”