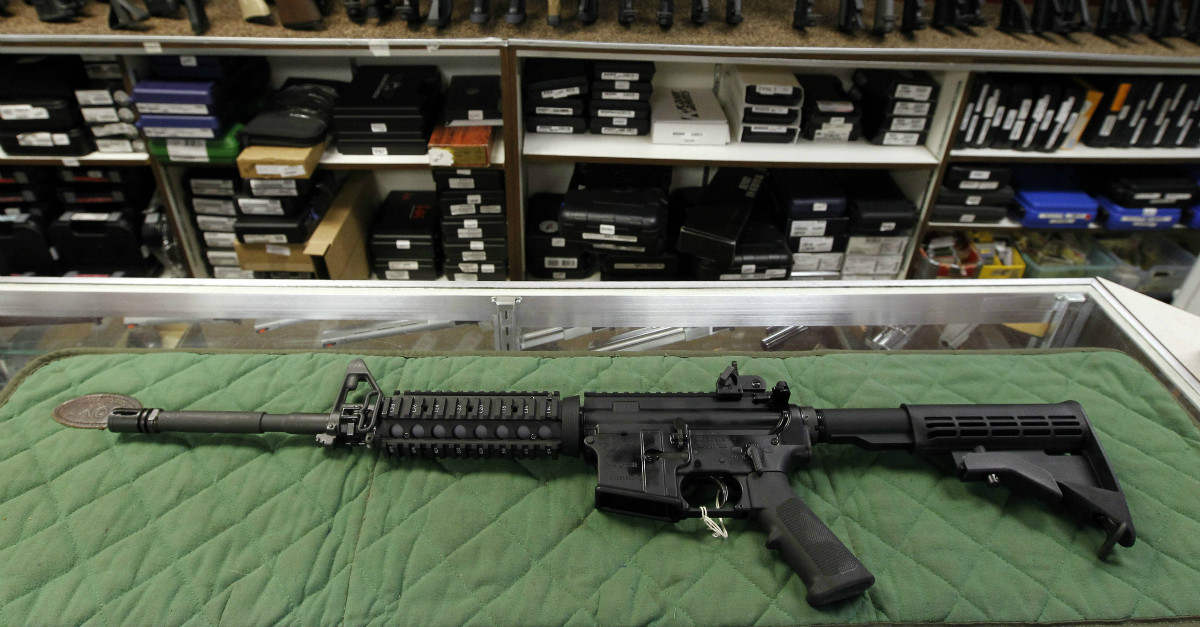 AP Photo/Alex Brandon, File
FILE - In this July 26, 2012, file photo, an "AR-15 style" rifle is displayed at the Firing-Line indoor range and gun shop in Aurora, Colo. Baltimore police officers responding to the sound of gunshots near an apartment building fatally shot a man who fired at them with an "AR-15-style" gun, a police spokesman said early Friday, July 15, 2016. No officers were injured in the incident, spokesman T.J. Smith said. (AP Photo/Alex Brandon, File)

Two cousins could be facing significant jail time for the illegal sale of weapons including a sawed-off shotgun and an AK-47.

RELATED: Georgia’s new campus conceal carry law has some asking if guns and alcohol-heavy situations are a good idea

Last month, Jorge Vasquez, 27, was arrested and has been held in federal custody, according to DNAInfo.

Court records reveal that Jorge Vasquez, who is a felon, sold a rifle in Englewood this past February for $1,000. He does not currently have a court date scheduled but could be facing up to ten years in prison.

Jorge’s cousin Benjamin Vasquez, 26, was arrested last Friday and charged with “possessing a gun with an altered, removed or obliterated serial number.” Benjamin is the one responsible for the sale of the sawed-off shotgun and AK-47, in addition to 14 other weapons over a four month period.

Benjamin is facing up to five years in prison if convicted.

“Repeat gun offenders who drive the violence on our streets should not be there in the first place and it is time to changes the laws to ensure these violent offenders are held accountable for their crimes,” Johnson said last fall.

RELATED: Why your mind and senses are better than a gun in a dangerous situation

Chicago is often said to have strict gun laws, but a recent report notes that in 2010, the Supreme Court blocked a ban on handguns in Chicago and that a ban on gun shops in 2014 was also rejected.