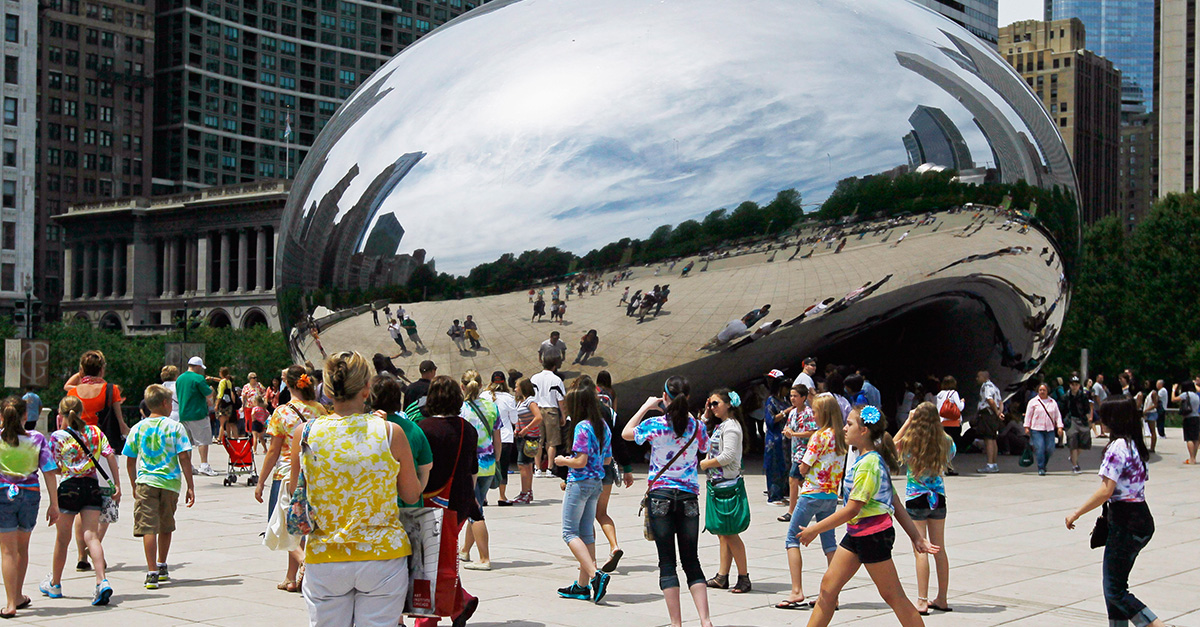 The “Bean” sculptor Anish Kapoor and city official Mark Kelly took a selfie Tuesday at Millennium Park’s “Cloud Gate” during Kapoor’s first visit back to Chicago since he introduced the artwork close to 11 years ago.

And of course, he took a selfie during his first trip back just like many a Chi-towner and tourists have done before him.

RELATED: Thousands plan to scream like Goku at the Chicago Bea

“It?s taken another persona, and that?s one of the keys of public art: It can catch a certain kind of public imagination, public participation.”

Kapoor is now back in town to accept the Grant Park Music Festival?s Advocate for the Arts Award. The special occasion marks the first time the Londoner has been in Chicago since “Cloud Gate” arrived in 2006. Back in those days, Millennium Park was a somewhat recently redeveloped rail yard and not the most popular tourist destination in the state.

Kapoor said he developed the idea while sitting on a bench for “four or five days” where “the Bean” now sits and said he always wanted to make something popular.

RELATED: Chicago has nearly 300 public statues ? take a tour of them with this illuminating video

The 33-foot-tall, 42-foot-wide “Bean” reportedly cost $23 million. The sculpture’s stainless steel skin hides an internal skeleton with flexible connectors that allow it to expand and contract during Chicago’s extreme weather.

“Perhaps the work does have a certain mystery: that even though you visit it and see it and reflect yourself in it, you can?t quite hold it fully,” Kapoor said. “And maybe that?s why you come back.”