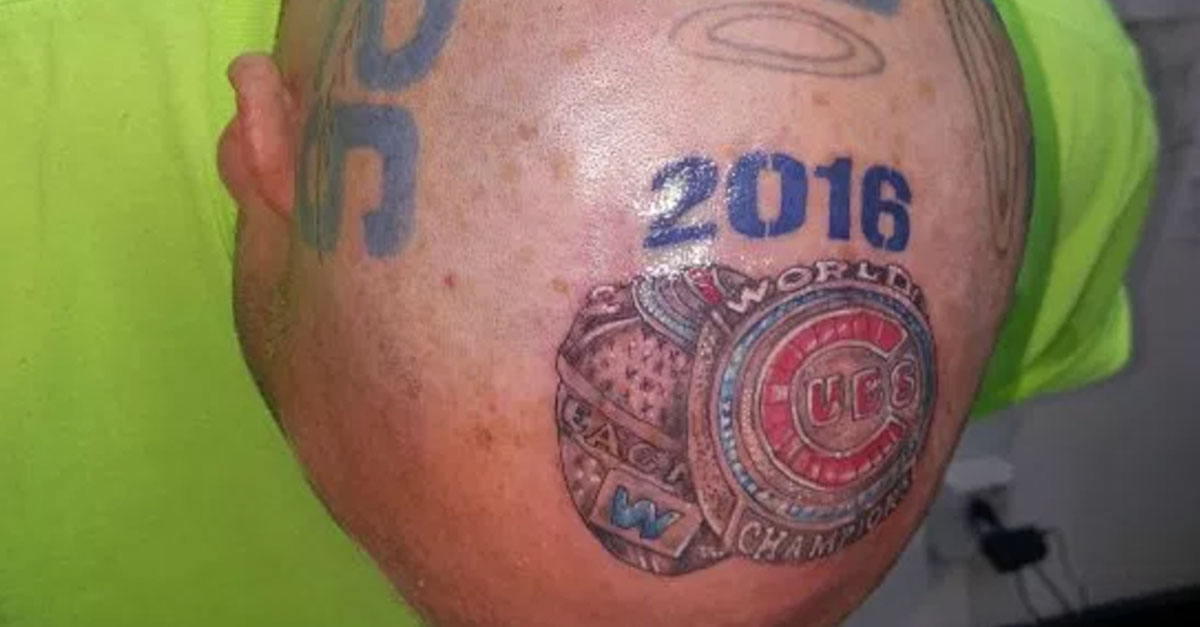 The word fan is short for fanatic, and this Chicago Cubs fan embodies the true meaning of such a word.

“David Eagan recently got a tattoo on his head of the 2016 World Series Championship ring,” WGN reports

While we think this looks like it would hurt..A LOT…we do have to give this Cubs fan major credit.

He also has a Wrigley Field-themed tattoo cover his back!

The back tattoo has been three years in the making, and you can see what it looks like here:

But the back tattoo didn’t stop there. He also had the Cubs World Series ring tattooed on his head!

Check out those pictures here! We’re liking what we see!

Do you have a Cubs-themed tattoo?? What about another Chi sports team?