With another win under the Cubs belt for this season Joe Maddon, manager of the team, is celebrating what became his 1,000th win as a Major League manager.

Tuesday night the Cubs played the Reds winning 9-5 at Wrigley Field and was recorded as Maddon’s 1,000th victory. Claiming this achievement, Maddon has become the 63rd manager in Major League Baseball history to win a thousand games.

Ironically, Maddon is the 9th manager to have spent at least a portion of his career with the Cubs to win those 1,000 games. Other managers to have done so include Cap Anson, who managed the Cubs from 1879-1897, and Dusty Baker, who managed the boys from 2003-2006, according to WGN.

To celebrate his new title, Maddon took to a glass of wine with a simple “cheers” and a smile. He brought the wine to his postgame news conference as he drank to 1,000 victories.

Between his time in Chicago with the Cubs and his time with the Tampa Bay Rays, Maddon now has a career record of 1000-871, according to WGN. That’s a 53 percent win rate over the course of his career.

Not only was the game a huge victory for Maddon, but it brought the boys their biggest offensive output since the April 25 game against the Pirates. The Cubs hit four home runs on Maddon’s big night, taking the win for their season and their manager. 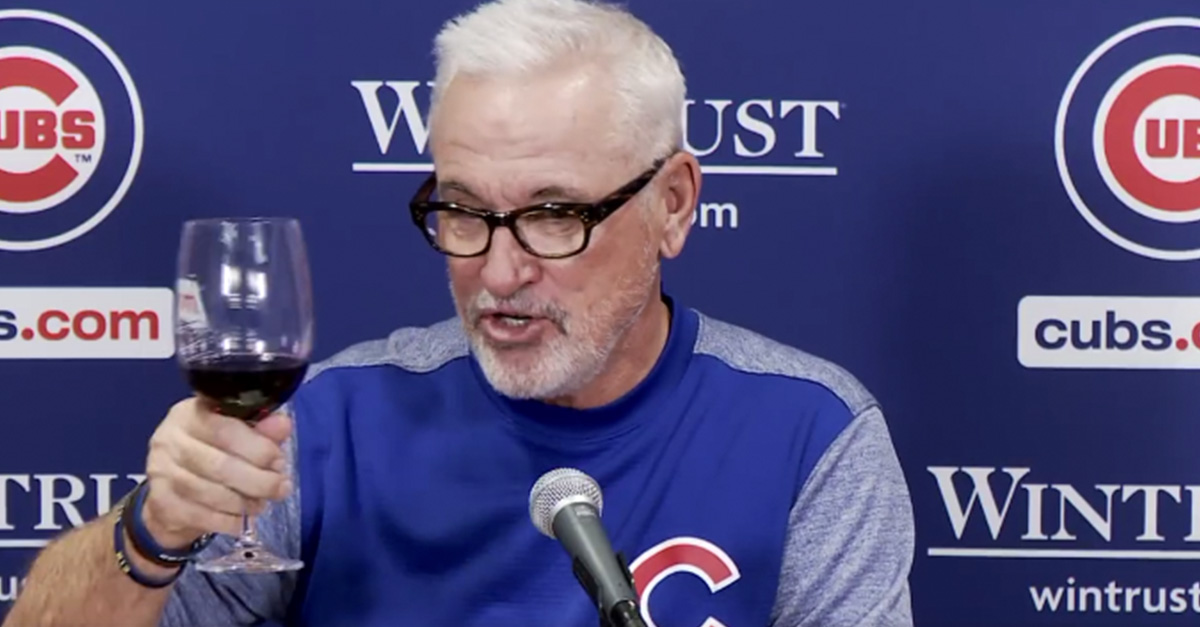