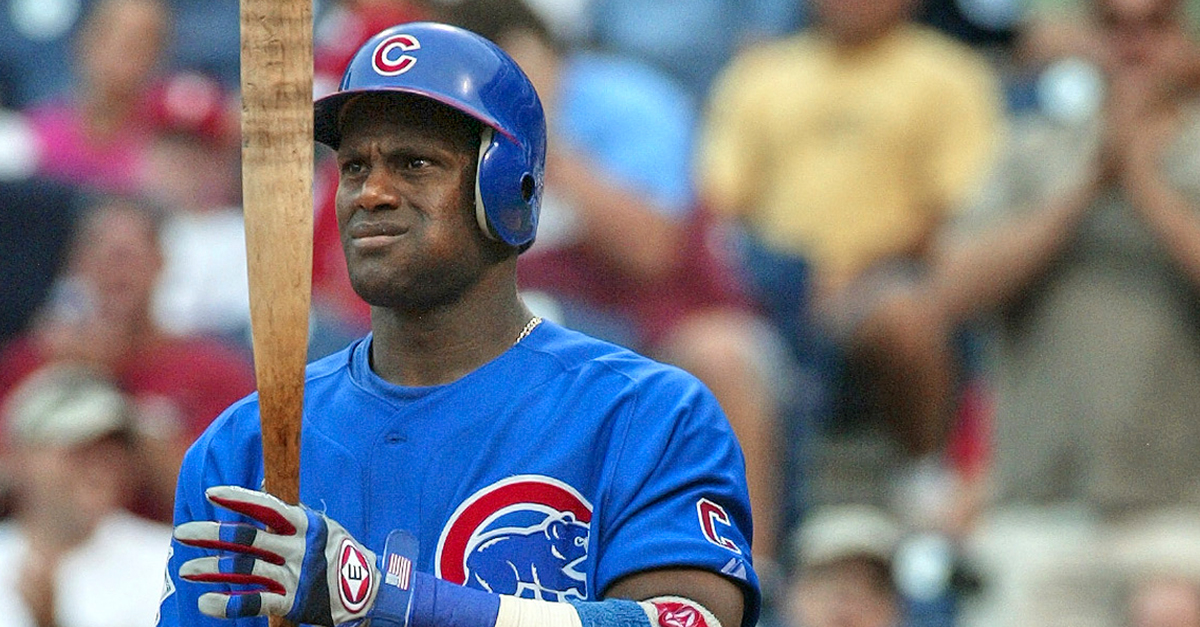 Tom Ricketts, the Cubs owner, says Sammy Sosa needs to “put everything on the table” in regard to performing enhancing drugs during his playing days if he would to ever be welcomed back by the team.

According to ESPN, Ricketts said the following during the team’s annual fan convention this past Saturday morning.

“Players from that era owe us a little bit of honesty. The only way to turn that page is to put everything on the table.”

According to ESPN, the Cubs invited a couple dozen of former players to the fan convention but Sosa was not included. Sosa was never officially tested positive for steroids, ESPN reports. The news outlet reports that Sosa gave 13 years to the Cubs, hitting 545 home runs, including three years of 60 or more.

Sosa has not been invited back to the team since retiring after the 2007 season, according to the news outlet. Ricketts has never clearly stated about what Sosa needs to do to be welcomed back according to ESPN but this past Saturday, he was more upfront about his feelings.

“I think we have to be sympathetic to that era … but the players owe us some honesty too,” Ricketts said in response to a fan’s question during a panel, according to ESPN.

After the panel, the news outlet reported that Ricketts stated that message again but did not clarify his response about Sosa.

RELATED: Sammy Sosa was seen in public again and his skin transformation has Twitter freaking out

“I just think we need to put everything on the table and move forward, full stop,” Ricketts said at the panel, according to ESPN.

This may be considered hypocrisy to some as Manny Ramirez – a known PED user – was employed as the team’s hitting consultant in these past few years but Ricketts said at the panel it is not steroid use but denials he has qualms with.