Despite Republican objections, Senator Durbin stands by his account of the President’s “s***hole countries” remark 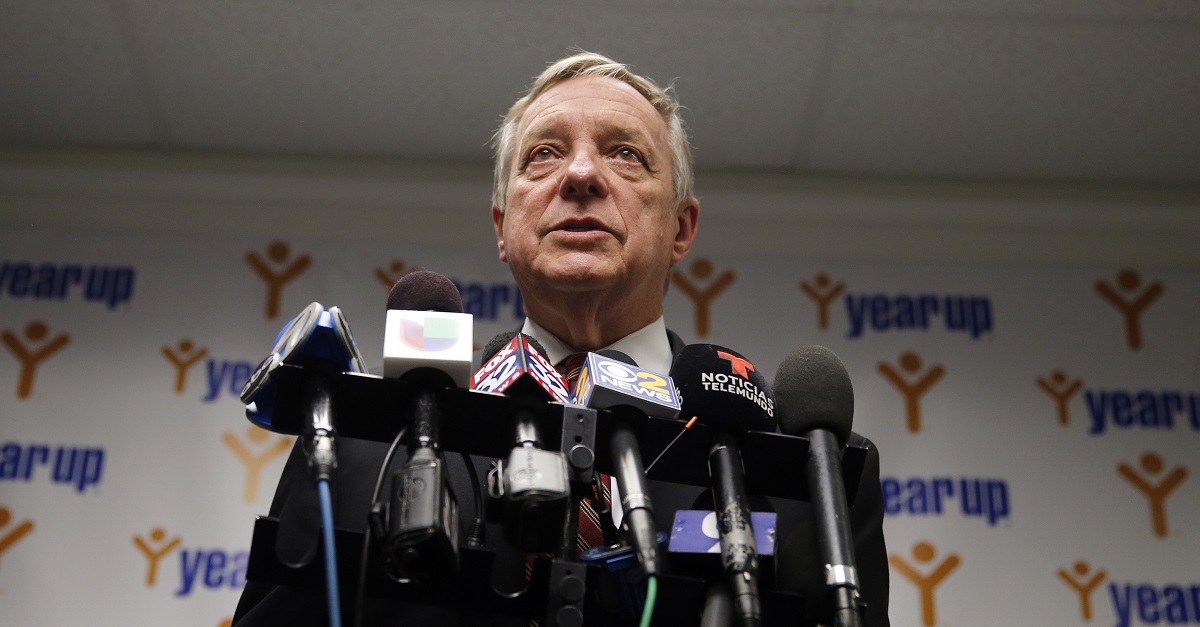 Last week, US Senator Dick Durbin from Illinois was one of many to corroborate President Trump’s statements about immigrants coming from ‘shithole countries,’ such as Haiti, El Salvador, and various African nations.

In a video posted by MSNBC last week, he called Trump?s comments about immigration ?hate-filled,? ?vile? and ?racist.? ?You?ve seen the comments in the press. I have not seen one of them that is inaccurate,? he said.

Predictably, the senator came under fire, unleashing the literary magnitude of Trump’s Twitter prowess, even getting himself a coveted nickname.

Senator Dicky Durbin totally misrepresented what was said at the DACA meeting. Deals can’t get made when there is no trust! Durbin blew DACA and is hurting our Military.

Since then, two Republican Senators who were at the meeting have released a joint statement saying they did not hear the President say these words.

Senator David Perdue from Georgia went on ABC’s This Week on Sunday. ?I?m telling you he did not use that word,? he told host George Stephanopoulos, ?and I?m telling you it?s a gross misrepresentation.?

Perdue then went on to accuse Durbin of creating the line himself. ?I?m saying that this is a gross misrepresentation,? he said. ?It?s not the first time Senator Durbin has done it.?

Despite these allegations, Durbin defended his initial remarks at a press conference yesterday at Gale Community Academy in Rogers Park.

According to WGN, Durbin said that “immigration is the civil rights issue of our time.”

“It’s important for the American people to know what the president’s motives are when it comes to this issue,” he told the station.

As it was Martin Luther King Day, he also said that he knew which side of the debate Dr. King would be on.

RELATED: Martin Luther King Jr.?s nephew had a lot to say about Trump?s ?racism? ? he isn?t buying it

Trump continues to lambast Democrats on Twitter, primarily over the lack of DACA resolution.

The Democrats want to shut down the Government over Amnesty for all and Border Security. The biggest loser will be our rapidly rebuilding Military, at a time we need it more than ever. We need a merit based system of immigration, and we need it now! No more dangerous Lottery.

DACA is probably dead because the Democrats don’t really want it, they just want to talk and take desperately needed money away from our Military.