Dick Durbin’s not the only Illinois Senator calling out Trump: Duckworth responds to his comments about the military 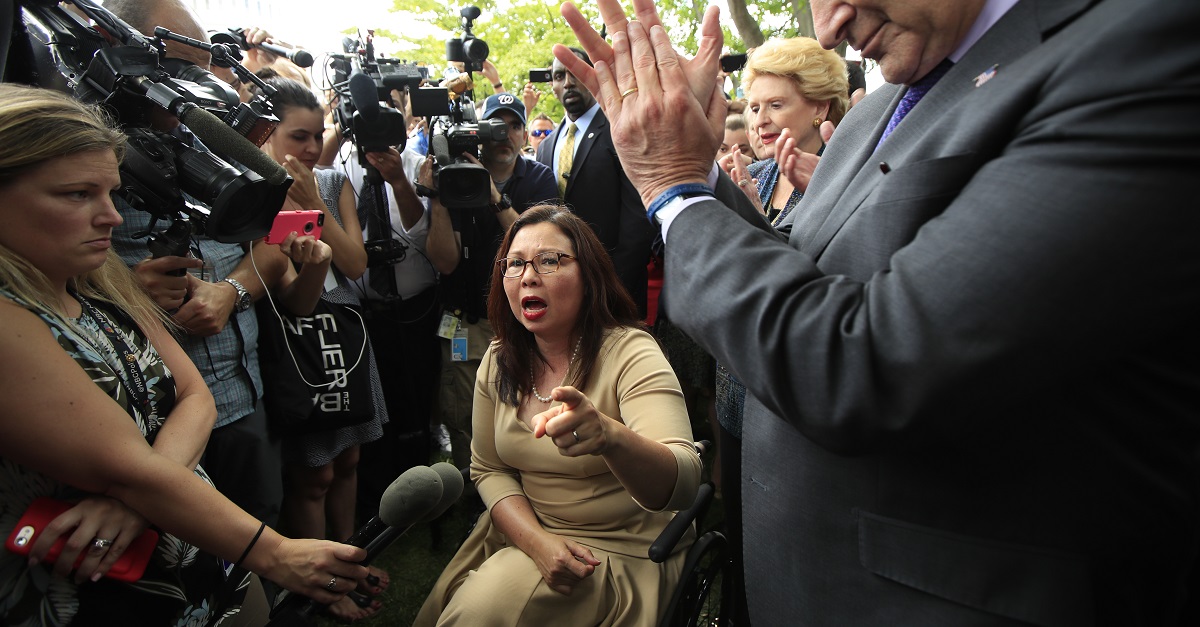 During the recent government shutdown, Illinois Senator Tammy Duckworth responded to Trump’s accusations of Democrats not caring about the military in a recent tweet.

“I spent my entire adult life looking out for the well-being, the training, the equipping of the troops for whom I was responsible,” Duckworth said. “Sadly, this is something the current occupant of the Oval Office does not seem to care to do. And I will not be lectured about what our military needs by a five-deferment draft dodger.”

And she should know a thing or two about the military. She is an Iraq War veteran and lost both of her legs when the helicopter she was piloting was shot down.

On Monday, senators voted to reopen the government until at least February 8th with a vote of 81-18.

One of the primary issues of the shutdown was about immigration and what protections can be offered for immigrants were previously afforded rights under DACA, which will be expiring in March.

Trump believed that the military would pay the price for the government shut down, thus the reason for his comments. But due to a law that Obama signed ahead of the 2013 shutdown, military personnel and some civilian Defense Department workers would still receive pay and work as normal. However, there would be some “support activities” and “routine maintenance” that would be suspended.

Trump received a deferment from the Vietnam War draft for “bone spurs in his heels.” He received an additional four college deferments. Duckworth has taken to given the president a sip of his own medicine, nicknaming him “Cadet Bone Spurs.”

“If you cared about our military,” she said, “you’d stop baiting Kim Jong Un into a war that could put 85,000 American troops and millions of innocent civilians in danger.”