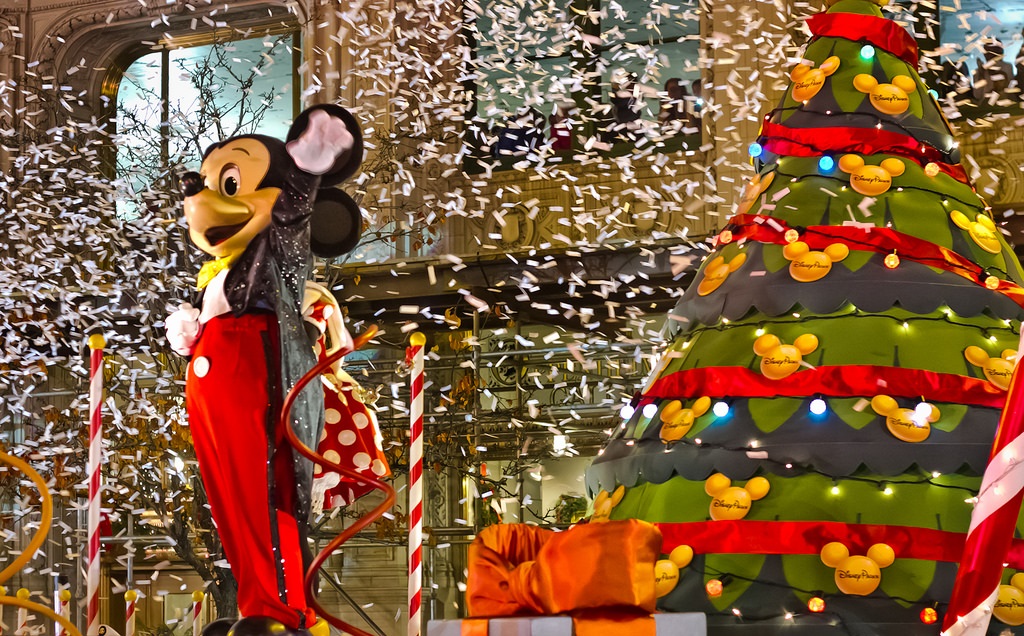 The BMO Harris Bank Magnificent Mile Lights Festival is the official way to kick off the holiday season. And over the weekend Chicago families and their loved ones got to experience a show full of Disney Stars.

RELATED: Want to make a difference this holiday season? The Anti-Cruelty Society is here to help

The parade itself began at 5:30 p.m. when Mickey & Minnie Mouse illuminated 1 million lights on 200 trees along North Michigan Avenue. Mickey Mouse has served as the Grand Marshal for the past 25 years; this is the ninth time Minnie Mouse joined him.

They were followed by other classic characters from Walt Disney World Resort, including Woody and Jessie from Toy Story; and more than 40 magnificent floats, helium-filled balloons, and six marching bands from across the USA.

The parade has been called one of the greatest in the country, also “The Magnificent Mile,” has been named one of the grandest avenues in the world. Spectators witnessed a lively performance by the cast of Broadway In Chicago’s musical comedy, “Escape to Margaritaville.” As for music, the popular Indie band sensation, Echosmith made an appearance, as well as seasoned American Idol winner Taylor Hicks, Disney’s newest country music sensation Temecula Road, The Voice finalist Billy Gilman, singer-songwriter Alec Joseph, jazz singer Shemekia Copeland, and American singer Melinda Doolittle. Asher Angel, one of the stars of the Disney Channel series “Andi Mack”, also made a special appearance this year.

But the one figure that everyone was waiting for didn’t come until the very end.

For the grand finale the sky was lit up with a dazzling display of fireworks over the Chicago River, just as Santa made his exciting arrival on the scene. He waved to the millions below him as children beamed with pride from his magical floating sleigh.