Divvy’s top rider might as well have biked to Alaska 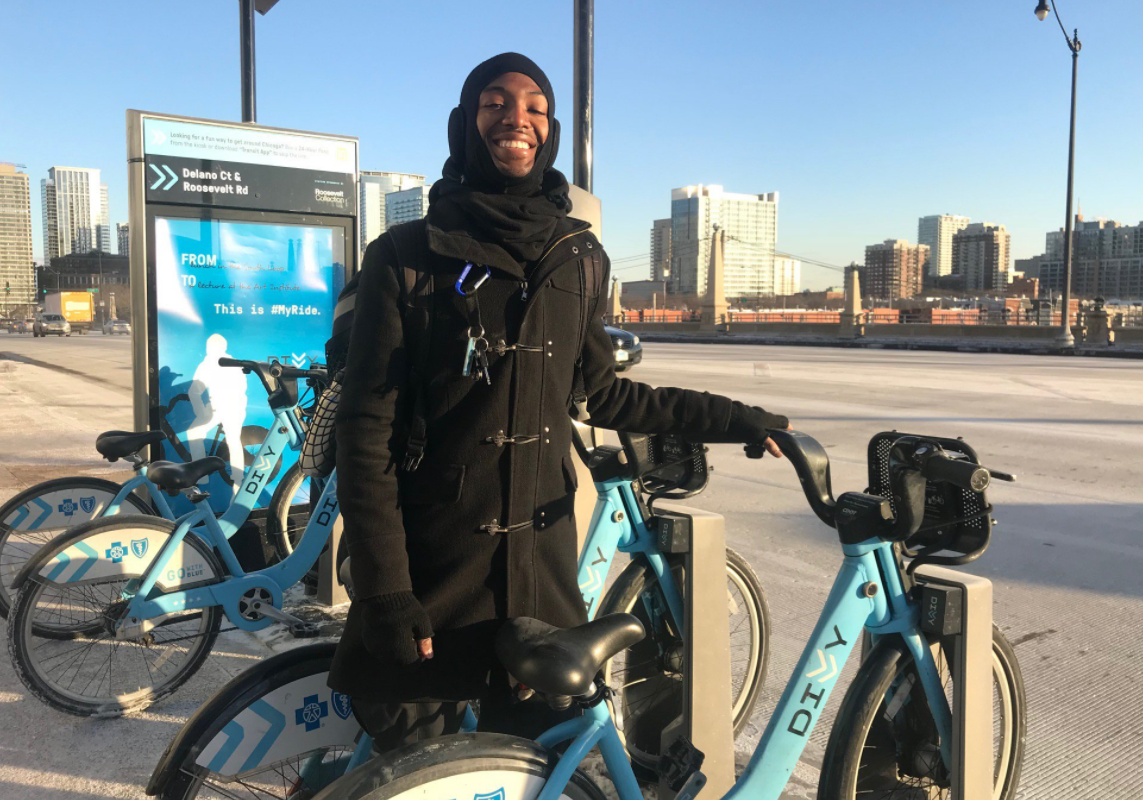 Divvy’s bike sharing system is a convenient way for everyone to get around town. What I didn’t know was they can actually keep the metrics of information that they collect as we peddle on.

RELATED: Pat Hughes is the 2017 Illinois co-sportscaster of the year, again!

We can thank previous Chicago Mayor Richard M. Daley for Divvy. Back in 2007, he visited Paris, France, where he tested their Vélib’ bicycle sharing system and was “greatly impressed.” After returning from his European trip, Mayor Daley requested proposals from private partners to create a bike share system for Chicago.

On their Twitter page, they shared the profile of one Kerdia Roland, their top rider of 2017. Kerdia is a food courier for the city, and he put in work this last year!

Divvy showed that Kerdia took 2,462 trips for the year. “That’s 6,275 miles of riding?enough to get you to Alaska!” they said. According to the Chicago Reader, it’s further than that. Google Maps shows a 3,574-mile bike route from Chicago to Anchorage, but Roland pedaled far enough to cover the 6,234 miles from Madrid, Spain, to Ulaanbaatar, Mongolia.

So how does one food courier do all that? Is he servicing all of Chicago? Well, sort of! Roland is a strapping young man, he is only 25-years-old, so he has that advantage. Roland is a South Loop resident who works with all three major food delivery services: Postmates, Caviar, and Uber Eats.

He doesn’t have a car and claims it is part of his strategy, a strategy that Divvy is perfect for. He says the relief he feels of not having to worry about bike theft and maintenance is well worth it. After experiencing three separate thefts of his previous bikes, he’s on the Divvy bike for life, despite the bike’s49-pound weight. On the other hand, other couriers prefer more featherweight bikes to make their deliveries easier.

Not to mention the money he saves on the maintenance of the bike since he is a member of the bike sharing program, they maintain the bikes for him. That’s even more extra cash in his pockets every month. As for the safety of the bike during the actual delivery, Roland has it all worked out.

“I keep a little U-lock on me and lock up the wheel of my bike outside the restaurant or the residence,” Roland says.

Riders are technically not allowed to use their own lock while riding bike-share, Roland says Divvy staffers understand. Divvy spokeswoman Kelly Goldthorpe confirmed that “we’re delighted Divvy has been able to enable his work across the city. His story shows how Divvy has become integral to the Chicago transportation network.”

Roland is a Chicago native who grew up in Streetville. He delivers everything from Big Macs to fine dining French-Vietnamese cuisine from Le Colonial in the Gold Coast. He tends to keep it local and mostly works in the Loop and River North, but there have been those rare occasions where his deliveries are as far as Lincoln Park, Pilsen, and Hyde Park.

“For me, Divvy is really convenient and cost-effective,” he says. “The initial cost of a good bike can be pretty steep, $500 to $800, but my Divvy membership is only about $10 a month.”

While riding through the streets may seem dangerous to some, with Chicago drivers and whatnot, Roland has zero complaints. “I’ve fallen, but I’ve never broken any bones or bled or anything, thankfully,” he said. And while cruising the streets he has come across some serious treasures in his travels, including a pair of expensive Apple AirPods earbuds and a total of $287 in dropped cash last year.

“I really love this job,” Roland says. “It’s a source of joy and satisfaction, and it’s an adventure for me every day.” Keep on keepin on Roland, there’s nothing quite like loving the work you do.