Donations for fallen CPD commander now being accepted by his family 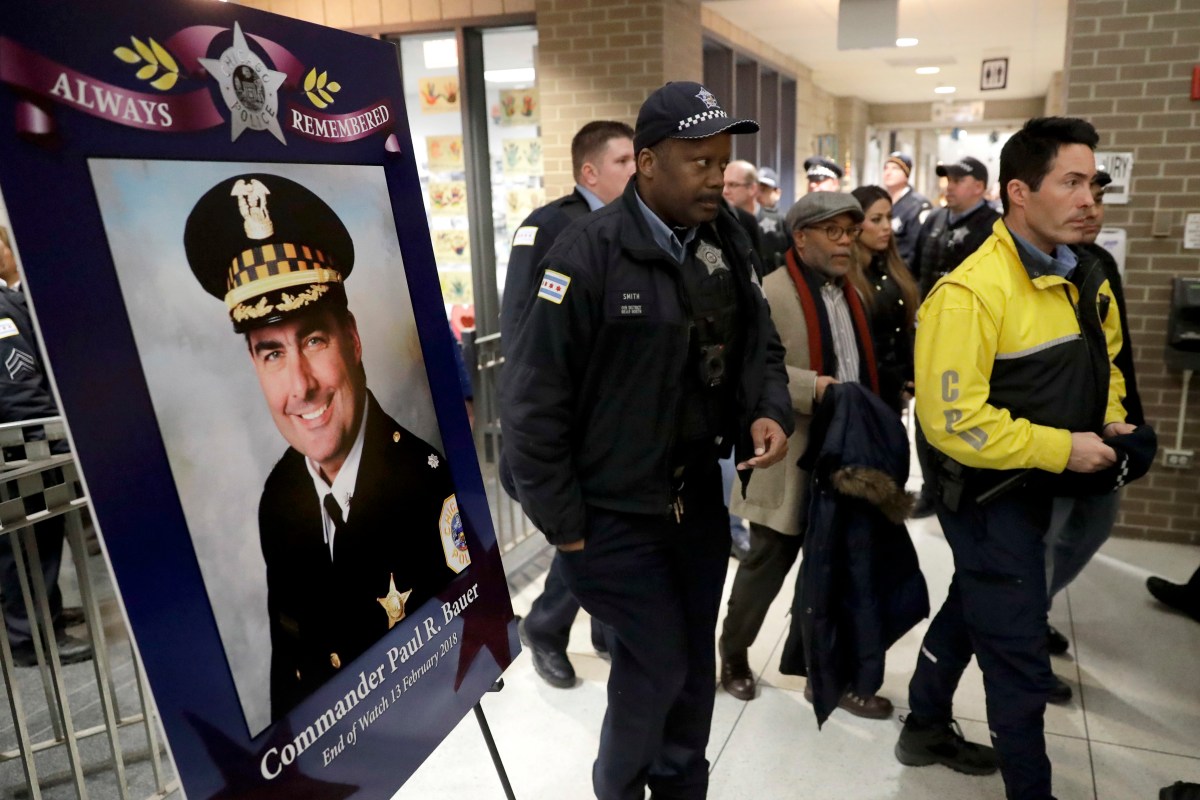 Earlier this week Supt. Eddie Johnson, alongside Mayor Emmanuel, gave a press conference in the wake of the arrest of the man who shot and killed Commander Paul Bauer, or as Johnson put it, “Bauer was executed.?

A repeat felon with a decades-long rap sheet was charged Wednesday with first-degree murder of Cmdr. Paul Bauer. Shomari Legghette, 44, is also charged with aggravated use of a weapon by a felon and drug possession, officials say.

Legghette is accused of shooting Bauer multiple times in a stairwell at about 2 p.m. Tuesday in the Thompson Center. Chicago Police Supt. Eddie Johnson said of the hero cop:

?He didn?t turn the other way and let somebody worry about it.”

Earlier that day, Bauer, who was wearing his uniform, had attended ?active shooter? training in handling mass shootings. He was planning to meet later with aldermen at City Hall to discuss his efforts to quell violence in his Near North District.

Bauer was unable to fire his weapon during a struggle with Legghette in the stairwell, and was shot six times in the head, neck, torso, back and wrist.

Bauer had spotted Legghette after he heard police radio traffic from tactical officers who were chasing him through the Loop. Legghette matched the description of a suspect running in a long, fur-lined coat, police said.

The officers wanted to talk to Legghette about a shooting on Lower Wacker Drive on Friday afternoon. Someone in a car had fired at a car traveling in the opposite direction, but no one was hit.

Police said they don?t know whether Legghette was involved in that incident but wanted to see if he knew anything about it. Legghette had evaded the pursuing officers when Bauer spotted him on the street running south on Clark toward the Thompson Center and City Hall, police said. The two men struggled in a staircase at the Thompson Center, and witnesses and an audio recording from a nearby taxicab showed seven shots were fired, police said.

The other officers came running to the scene and immediately arrested Legghette, who was found with drugs, wearing body armor and with a semiautomatic handgun with an extended clip with 30 rounds of ammunition, police said. Police radio traffic on Tuesday afternoon described Bauer as being ?off duty,? but a police spokesman said he was, in fact, on duty.

?The city lost a piece of itself and a family lost a loving father and husband,? he said.

If you want to make donations to the Commander’s grieving wife and daughter, you can do so directly at any Chicago Patrolman?s Federal Credit Union.