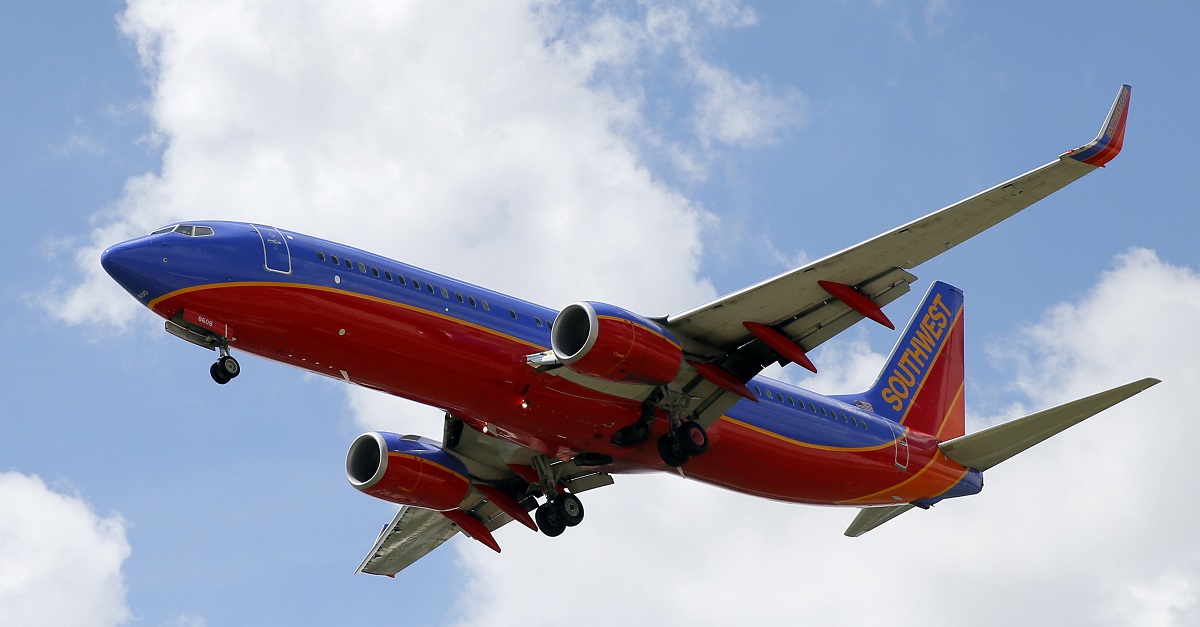 AP Photo/Tony Gutierrez, File
FILE - In this Aug. 26, 2016, file photo, a Southwest Airlines jet makes its approach to Dallas Love Field airport, in Dallas. Booking flights can be stressful as consumers worry about how to get the best deal and how far ahead to book, especially at holiday time. Experts say check multiple websites for prices and forget the notion that there's a magic day of the week or time of day when fares drop.(AP Photo/Tony Gutierrez, File)

If you stepped outside your home yesterday, you may have noticed that it’s a tad bit chilly outside. Midway Airport noticed too.

RELATED: Flight delays are the worst, and this major airport experiences an insanely high number of them

According to WGN, 90 flights from Southwest Airlines were canceled yesterday not due to the snow but to the freezing temperatures. While some passengers were notified via email the previous night, some didn’t get the memo.

The scheduled number of flights throughout the day was 251.

“Weather conditions at Chicago Midway are slowing our operation as ground crews work to deice aircraft in the extreme cold,” said Dan Landson, a spokesman for Southwest.

“All customers who are holding reservations involving travel to/from/through Chicago today through Friday may change their own plans within our customer accommodation policy, detailed at Southwest.com,” he added.

Considering the dangerously low temperatures Chicago will continue to experience over the next few days, anyone travelling is advised to check their flight status ahead of time. You can check out the delay times on the Chicago Department of Aviation’s website.

Here’s a quick overview of what to expect:

RELATED: A flight delay goes from boring to brilliant after these four men break into song

Only two flights were canceled at O’Hare as of this writing. And of course, some people are more optimistic when their flight gets canceled.

Flight is now delayed because of snow in Chicago. Go ahead and cancel it so we can get drunk in the airport!!