It wasn’t until Christmas weekend that Chicagoans experienced the white winter we are used to. And it came full force with freezing temperatures in the days following. But nothing compares to the blanket of snow currently camouflaging all of Eerie, Pennsylvania.

RELATED: Chicago gets ready to bear the cold hand of another Polar Vortex on its way for Christmas

Everyone dreams of a White Christmas, but residents of Eerie experienced what can only be described as a Whiteout Christmas on Monday. According to the National Weather Service, after two days of record-breaking snowfall that had already surpassed 5 feet, breaking city and state records.

Though residents are used to winter snow squalls blowing in from adjacent Lake Erie, which straddles the border with Canada, the Christmas storm is already one for the ages.

The snowfall total was more than four times the previous Christmas record of 8 in., and also broke the record for the most snowfall in one day in the city’s history which was 20 in., on Nov 22, 1956, reported CNN.

“This is an incredible amount of snow that we’re trying to move,” the Erie Police Department said in statement after the city declared a “snow emergency” on Tuesday, imploring people to stay off the streets.

The snow didn’t stop on Christmas either, with another 24 in., picked up overnight and into Tuesday, taking the two-day tally to 58.5 in., the highest two-day snowfall total in the entire state of Pennsylvania, per the National Weather Service.

By Tuesday evening, meteorologists had counted at least seven different city and state records broken by the storm. Another two to four inches of snow were forecast for Wednesday, with up to 6 inches in some places.

No residents of Erie, a city of 99,000 people according to recent U.S. census estimates, have been publicly reported as being injured in the storm, though some have complained to local news outlets about how long it takes to shovel out their driveways this week.

Meteorologists now say that the Erie has clear skies ahead, with no significant accumulations expected in the immediate future, but that doesn’t make the job of clearing the incredible mess any easier.

Nobody received mail for two full days, expected to resume this Thursday Dec. 28th. However, even if mail carriers bravely head out on their routes, actually delivering to buried mailboxes and front porches is proving troublesome.

The city is asking residents to attempt to clear a path to their mailboxes if possible. Residents who need help shoveling are encouraged to contact the local United Way for assistance, and Erie police are asking people to avoid using 9-1-1 for snow removal requests. 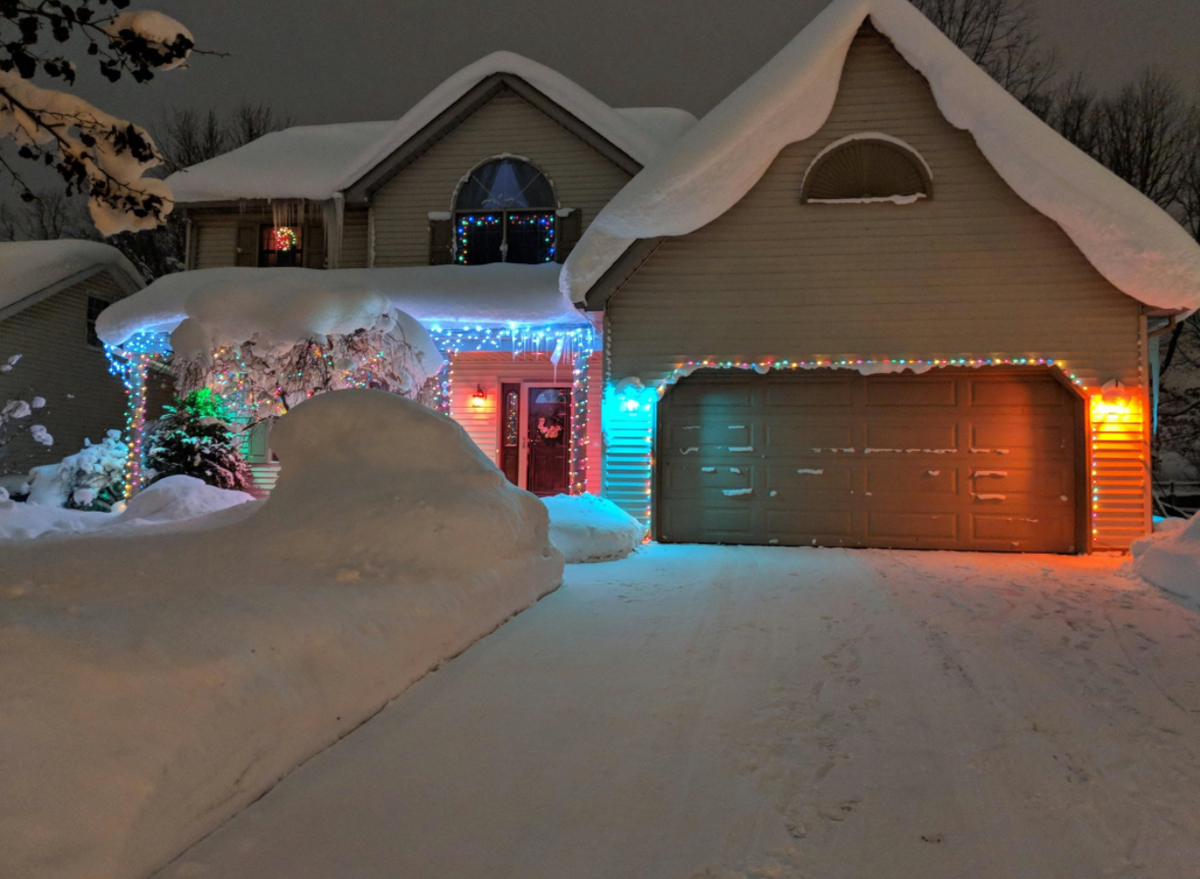