On Thursday afternoon, a 72-year-old grandmother was carjacked while sitting in her car in front of a Lutheran grade school on the Northwest Side in the Portage Park area.

According to the Chicago Sun-Times, the carjacking happened at about 2 p.m. Chicago Police said.

RELATED: This would-be carjacker should have thought twice about who he was trying to steal from

The elderly woman according to the news outlet and police officials was sitting in her parked car at 4939 W. Montrose Ave., in front of St. John’s Luthern Church and School when a man between ages 18 and 22, left a silver hatchback SUV and pointed a gun at her.

While the man with the gun told the woman to get out of her car, a second male stayed in the SUV according to police and the Sun-Times. When the woman left her car, the news outlet reports the man grabbed her purse and drove off in her car with both vehicles heading north on Montrose immediately following the carjacking.

According to school and police officials, the woman is a grandmother of two students who attend the school and thankfully was not hurt during the encounter.

Interim Principal Donald Hendricks said in a statement according to the news outlet that the school was working with police as well as Ald. John Arena (45th) to add more patrol cars as well as give the school “increased attention,” especially during drop-off and pick-up times.

RELATED: Mother refuses to give up her car keys to carjacker

“This is a very unusual event for our community,” Hendricks said in the statement, according to the Sun-Times. “The phrase ‘see something, say something’ will be part of our thinking.”

The news outlet report the Area North detectives are continuing to investigate. 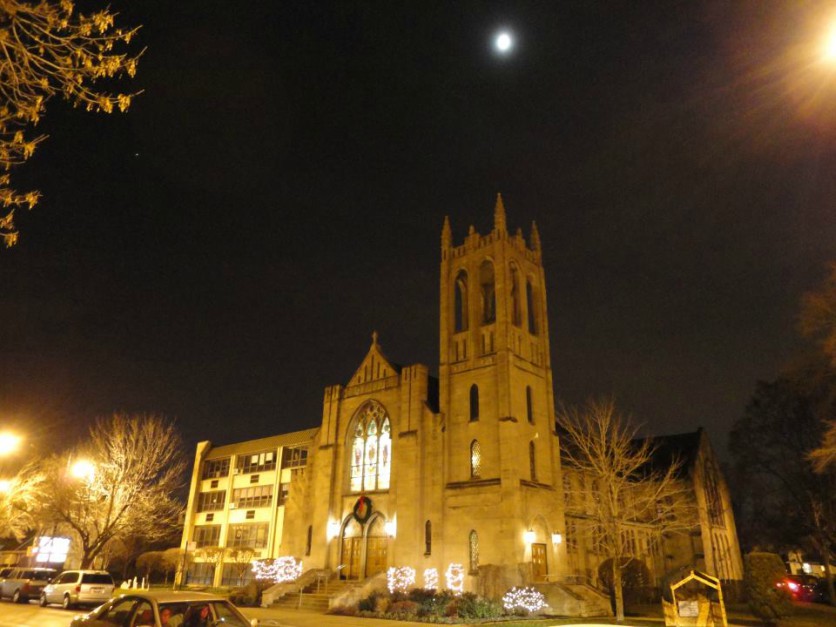