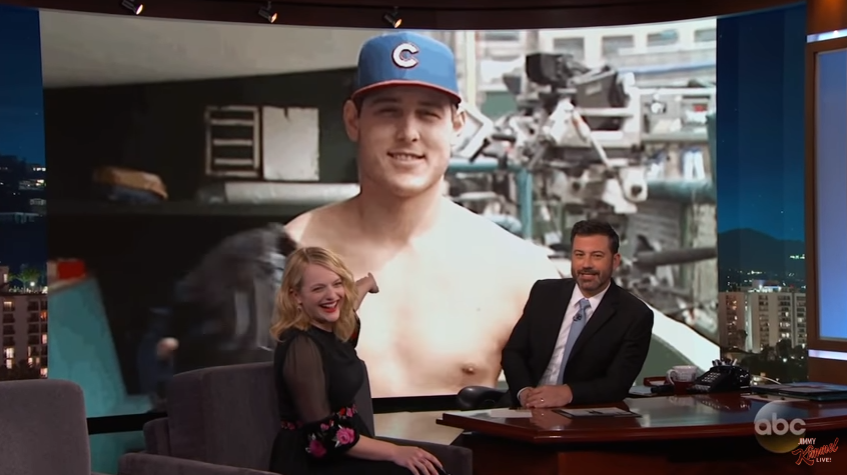 If you haven’t heard about the Hulu hit show, “The Haidmaid’s Tale,” you may want to tune in before this year’s Emmy Awards.

The show, which stars Elisabeth Moss, has been nominated for 13 awards.

While we already heard about Moss finding out about the nominations via a shirtless Anthony Rizzo gif, she’s now sharing more about her Cubs’ fandom, and the GIF itself!

“A shirtless Anthony Rizzo is always good news,” said Moss during her sit down with Jimmy Kimmel.

Kimmel brings up the particular gif that was sent to her, asking, “Did Anthony shoot this for you?”

“I have no idea why he isn’t wearing a shirt in the dugout but I have no objections.”

We agree with you on that one, Elisabeth! Thanks for bringing this gif of Rizzo to us and the rest of the world!