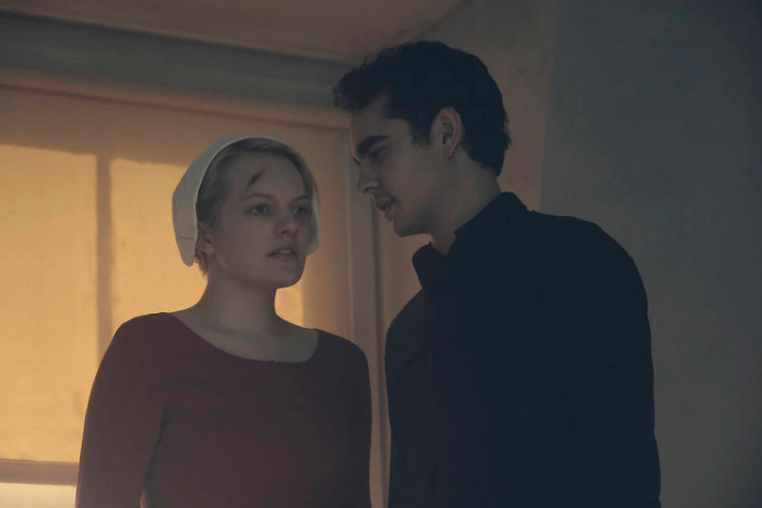 What’s better than learning your show is nominated for 13 Emmy Awards? Learning the news thanks Anthony Rizzo…shirtless!

Elizabeth Moss, star and executive producer of ?The Handmaid?s Tale,? revealed that she learned of the exciting news thanks to a GIF of shirtless Anthony Rizzo!

?I woke up to a GIF from my publicist, Erica, of a shirtless Anthony Rizzo from the Cubs and knew it was good news (because a shirtless Rizzo is always good news) but 13 is blowing my mind!” Moss told TV Guide.

[It might be this one, but we cannot confirm.]

While shooting the season finale, Hollywood Reporter came to set and wanted to talk about the show and I wanted them to focus on something more important… @cubs @hollywoodreporter #handmaidstale #huluandpanic ( cameo by @burtonleblanc my brilliant makeup artist on the show 😘)

She admits that the 13 nominations, including a nom for her in the “Lead actress in a Drama” category, is a “shock” but continued by saying, “I’m so intensely proud of my cast and crew who put their blood, sweat and tears (literally) into this show. This is not a solo sport, and each and every one of them is responsible for helping make something we could be proud of.”

The hit show is on Hulu and is based off the 1985 book by Margaret Atwood.