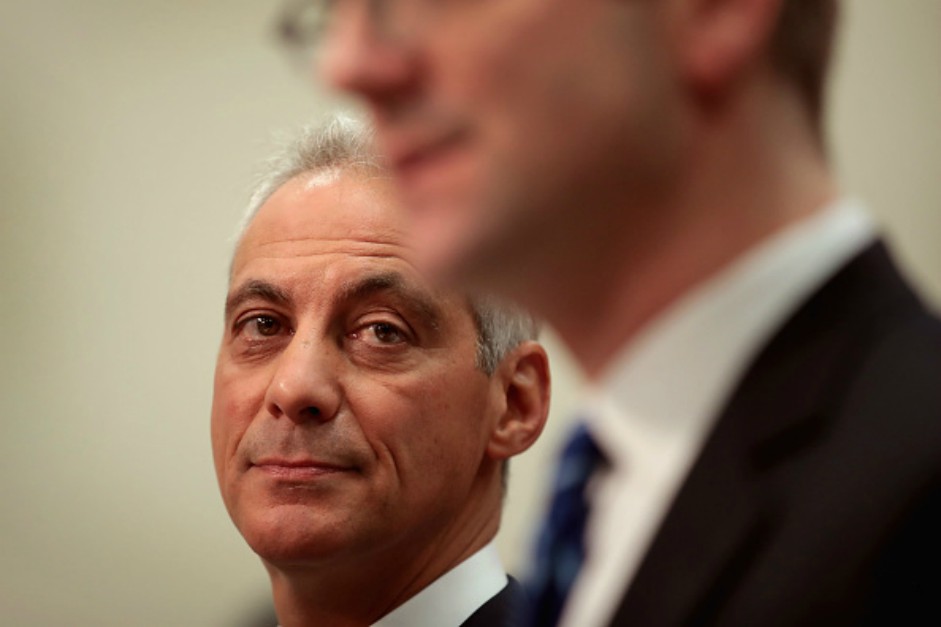 Mayor Emanuel refrained from criticizing the two Chicago police officers who were featured on Instagram kneeling in support of nationwide protests but he said he is in an understanding of why the department is leading with an iron fist.

?They were somewhat betwixt, between two different aspirations,? Emanuel said on Tuesday to reporters.

The officers are subject to being reprimanded for violating department policy against political activity while in uniform/on duty. ?The policy of the Police Department is consistent, I can say this,” said the mayor. The mayor also called out Illinois Gov. Burce Rauner for supporting Trump’s criticism of the protests. Rahm urged reporters to ask Rauner why the governor chose to comment on the protests but not the latest Obamacare repeal effort or his position on a bill designed to ensure access to abortion in Illinois.

Aleta Clark, a Chicago activist under the online name “englewoodbarbie.” posted a photo via Instagram this past Sunday of the two officers who is shown kneeling on either side of Aleta.

The photo has drawn hundreds of likes — mostly comments of support, although some users wrote things such as “Trump gonna get dem fired,” a reference to President Donald Trump saying at a campaign rally in Alabama that NFL owners should fire players who refuse to stand for the national anthem as a means of protest.

The photo has allocated hundreds of likes but most activity has been that of support for the officers as well as comments that reference President Donald Trump’s remarks during the campaign rally in Alabama.

On Sunday, close to 200 players sat, knelt or raised their fists during the national anthem on Sunday.
Protests started close to a year ago when then-San Francisco 49ers quarterback Colin Kaepernick protested police treatment of minorities by refusing to stand during the anthem.

Spokesmen for the Chicago Police Department, Anthony Gugliemi, said the department was not identifying the officers. According to an email response to the Chicago Tribune, Guglielmi said “we are aware of the photo and we will address it in the same way we have handled previous incidents in which officers have made political statements while in uniform, with a reprimand and a reminder of department policies.”