The Animal Care and Control shelter is not only overcrowded — but is going through a bit of trouble right now.

According to the Chicago Sun-Times, the executive director of the Animal Care and Control shelter was ushered to a hospital over the holiday when a pit bull she was allegedly walking bit a chunk out of her arm and leg.

Susan Russell did not “particularly wish to discuss” the Dec. 22 incident according to the news outlet that contacted her. The incident caused a co-worker to call an ambulance to take her to the hospital.
Russell did not explain why she directed the pit bull be euthanized immediately — a strict violation of city protocols for dog-biting incidents.

RELATED: This silly Pitbull can’t howl, but that doesn’t stop him from trying

The pit bull had been picked up as a stray eight days before the incident, according to the news outlet.
Assistant to the director Jenny Scheuter said to the Chicago-Times the dog that attacked Russell was euthanized “to protect public safety.”

Schlueter also noted that “all proper protocols” were followed, according to the news outlet.

“Generally speaking, dogs are not immediately euthanized when they bite someone. They have to be deemed a dangerous animal. There are protocols that have to be followed,” said Ald. Ray Lopez (15th) said to the news outlet.

“The fact that it happened so quickly without any kind of fact-finding or determination, in my mind, raises questions about how well we are following the protocols set forth by the Animal Control Commission,” Lopez continued to the outlet. “This may have been an overreach — especially if the animal was just reacting to the stresses at the shelter.”

RELATED: Not even dog experts agree on the case of a 22-year-old Virginia woman mauled by pit bulls

Lopez continued to tell the news outlet that the incident contributes to a growing threat due to overcrowded conditions at the city pound.

“When dogs become de-socialized — they revert back to more of an animalistic state,” he said to the Chicago-Sun Times. “They are going to be hyper-aggressive. That can put them on a more dangerous path. The over-population . . . will cause them to react in ways that are not healthy — either for them or the employees and volunteers.” 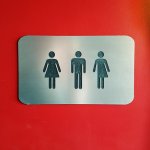