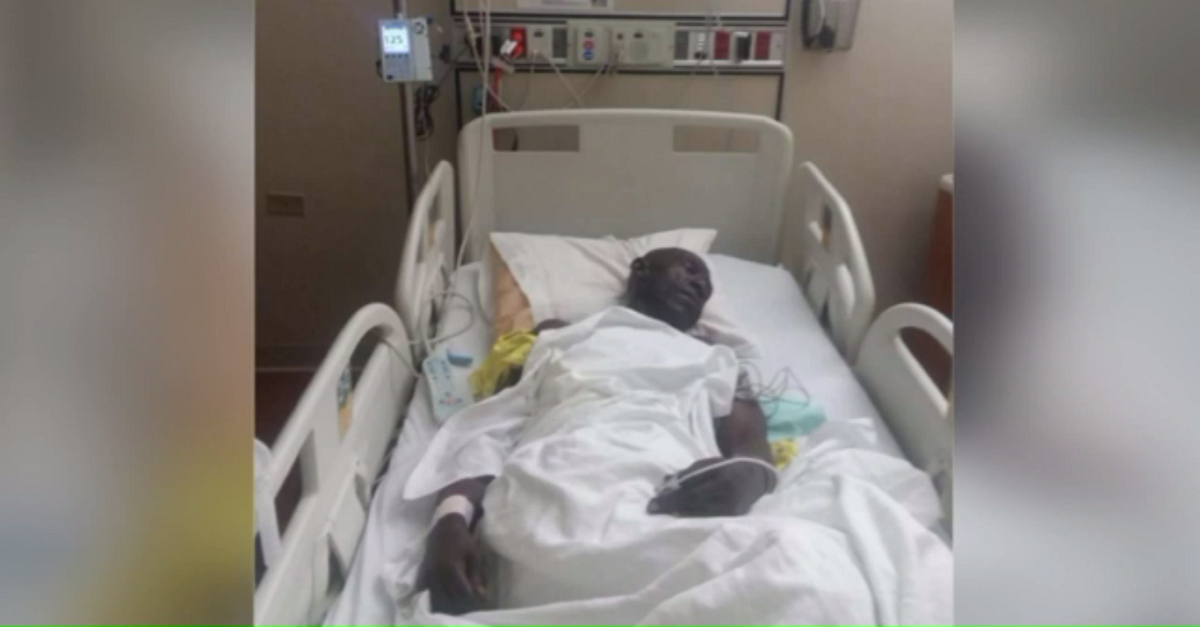 Imagine being 72-years-old and being on a plane for the first time, only to have flight attendants claim you were disturbing other passengers, tying you down for eight hours, and heading to a hospital immediately upon landing.

This is what happened to David Yukson who was flying from Nigeria to Chicago (via Dubai) to visit family.

RELATED: Lawyers for the United Airlines passenger who was assaulted turn up the heat on the airliner

According to the family, Yukson was totally fine from Nigeria to Dubai. But a misunderstanding on the second flight led to him being restrained.

The misunderstanding? Yukson accidentally sat in the wrong seat. When he was asked to move, he was not allowed to grab his carry-on bag. At this point, he was restrained and zip-tied for eight hours.

Emirates Airlines say Yukson was being “unruly” and trying to maintain the safety of other passengers. His family disagrees and the exact details of the incident are murky.

Yukson’s son says that his father does speak English but with an accent, which may have led to the misunderstanding in the first place.

RELATED: Angry airline passenger caught on camera shoving a fellow traveler who turned out to be an off-duty pilot

Yukson had to be rushed to a hospital upon landing Tuesday evening with injuries to his head, arms, and legs. He is expected to be released from the hospital Thursday afternoon. Neither he nor any member of the airline are being charged with anything.