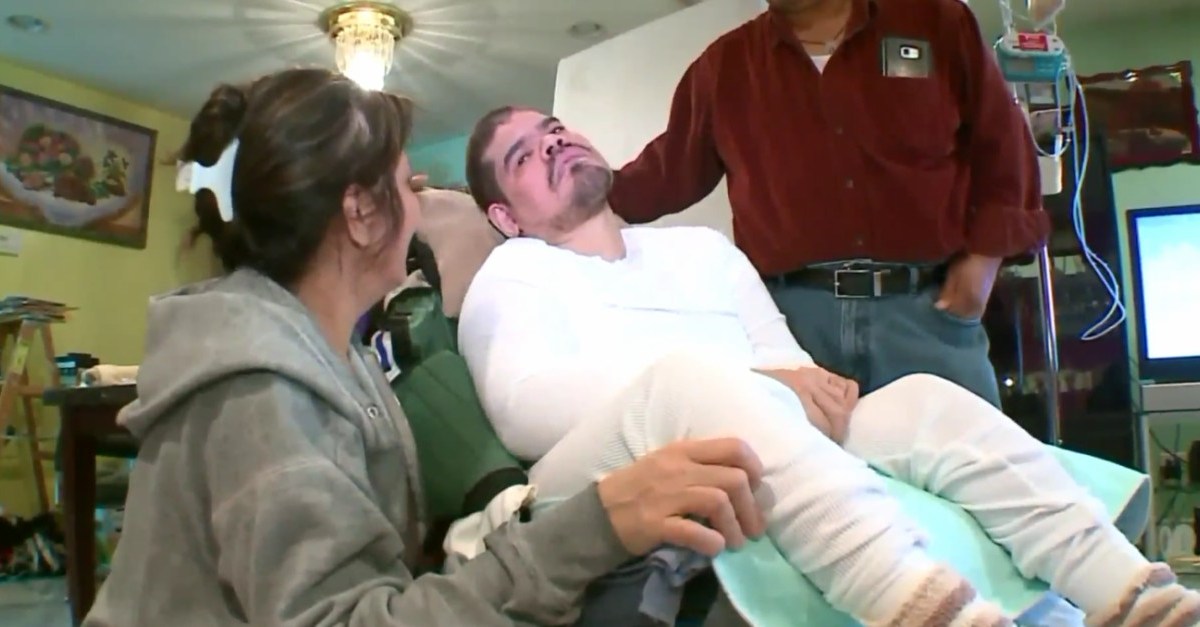 Desperate to get the car back, a Chicago family is at a loss for words after their van [which was designed for someone with special needs] was stolen.

“I cried, I’ve been crying but I have to take care of my son. There’s a lot of necessities,” Cynthia Garza said.

Luis, Cynthia’s son, is 29 years old and has cerebral palsy. Doctors told Cynthia he has the mind of an 8-month-old baby. She cares for him 24 hours a day.

RELATED: Watch police pull off a PIT maneuver and send a stolen van rolling across a highway

The Garza’s need the van to transport their son in his wheelchair along with his breathing and suction machines inside.

The 2000 green van was stolen last Friday night to the 606 Trail between 3 p.m. and 7 p.m. at the corner of Talman and Bloomindale. The van was taken along with its wheelchair ramp and handicap placard.

“I’m trying to be a strong person but sometimes it’s hard because I go, “Why people?’” Cynthia said.

Luis takes more than a dozen medications a day and sees a doctor regularly – so without the van – Cynthia, Luis and Cynthia’s husband are now stuck at home.

RELATED: A stolen car was found in Florida, but it’s what was found inside that has the police investigating

Cynthia’s filed a police report but is also hoping someone does the right thing and returns the van no questions asked.

“I called, made the report and said, ‘God I put it all in your hands,’” Cynthia said.

The family started a GoFundMe page to help raise money for a new van if their van is not returned.