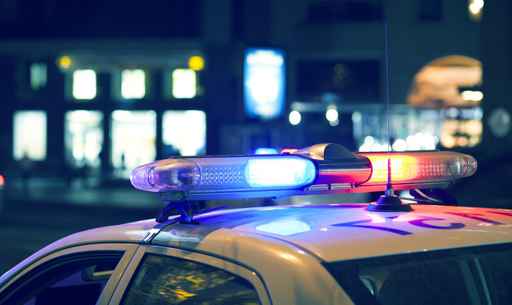 A 37-year-old man was charged with slashing his 2-year-old son’s throat, nearly decapitating him because the little boy was keeping him awake.

According to CBS58, the man has been ordered held without bail.

RELATED: 2-year-old found dead and nearly decapitated, and police have a man in custody

Cook County prosecutors at a bond hearing on Friday afternoon said Rolando Ortiz and his wife work opposite shifts at the same factory and after Ortiz came home from the night shift Wednesday afternoon, he was attempting to take a nap.

His son, Mateo Garcia Aguayo, kept jumping and moving around on the bed and when Mateo got off the bed, he started jumping around the house. Prosecutors say that it was then Ortiz pinned down Mateo on the kitchen floor, grabbed a knife, and slashed his throat several times.

Mateo’s throat was slashed so deeply according to prosecutors, that his spinal cord was severed and his head was left connected only by skin and tissue.

His wife was at work at the time of the altercation and their two older children were at school.

After Ortiz killed Mateo, he put his son’s body and bloody clothes in a trash bag, cleaned up the kitchen, then called his wife’s sister to say Mateo “was with God” now.

In the 2700 block of South Avers Avenue, two relatives later showed up at Ortiz’s home demanding to know where Mateo was, eventually finding the trash bag containing the boy’s body under the kitchen table.

When the family called 911, Ortiz fled the house.

Police were able to trace his phone to Kankakee, where Illinois State Police and the FBI arrested him.

Prosecutors said Ortiz confessed to killing Mateo, crediting the fact that he could not sleep.

Ortiz has been scheduled to return to court on March 15 and has been ordered held without bail.