Feeling nostalgic? It’s been 32 years since the Chicago Bears did this 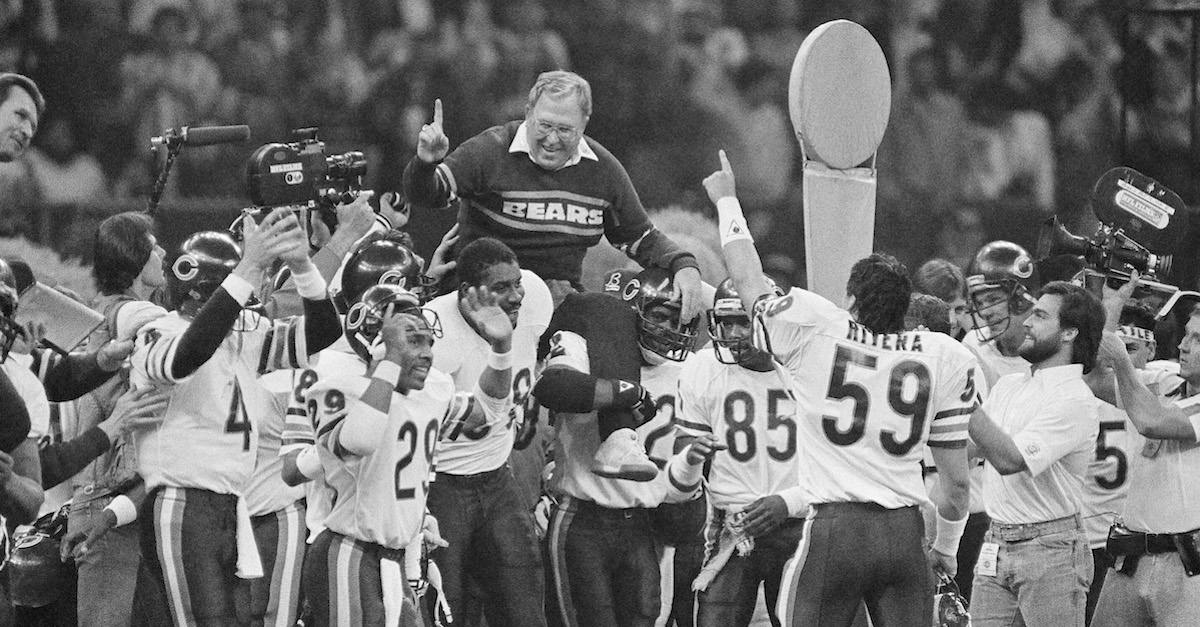 AP Photo
Chicago Bears defensive coordinator Buddy Ryan is carried off the field by the team after the Bears beat the New England Patriots 46-10, on Jan. 26, 1986 in New Orleans, to win Super Bowl XX. (AP Photo)

With Super Bowl LII right around the corner it’s hard not get nostalgic for a time when that actually meant something in Chicago.

Which is to say: let’s celebrate the 32nd anniversary of the Chicago Bears winning the Super Bowl!

RELATED: The ?Crisco Cops? attempted to thwart Eagles fans from climbing lightpoles ? and they failed

As WGN points out, January 26th is one of the most significant dates in Bears (nay, any Chicago sports) history. Because it’s the last time the team won a Super Bowl.

We all remember 1986: the Oprah Winfrey Show premiered that year, Pixar released short video with the cute lamps, and Matthew Broderick stole all our hearts as Ferris Bueller.

(It was also the year of Chernobyl and the Challenger disasters, but we’re trying to remember the good times right now.)

The Chicago Bears, led by running back Walter Payton, rookie William “The Fridge” Perry, and quarterback Jim McMahon, are considered one of the best football teams of all time. Oh yeah, and they were coached by some guy that people love for some reason.

They only lost one game the whole season and marched their way to victory in the Super Bowl, beating the Patriots 46-10.

In fact, the team has only been back to the Super Bowl once, back in 2007, a year which provided a glimmer of hope with QB Rex Grossman, defensive leader and billboard star Brian Urlacher, and rookie kick returner Devin Hester.

You know what else there is to celebrate from the Bears Super Bowl win? That’s right:

Yes, the Bears have been pretty abysmal the past few seasons but with a new coach in tow, things are looking up for next season.

Super Bowl LII takes place on Sunday February 4th where the Eagles take on the Patriots.