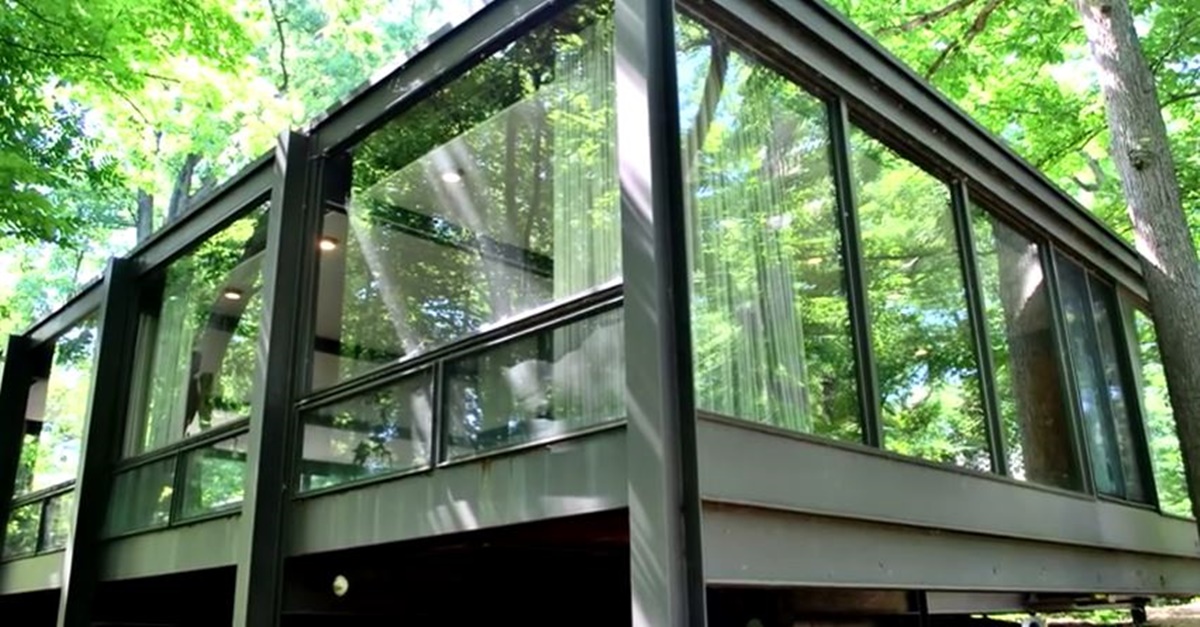 Life moves pretty fast. If you don?t stop and look around every once in awhile, you could miss things like the historic renovation of the famous ?Ferris Bueller?s Day Off? glass and steel house occupied by Cameron Frye in the film.

Located in Highland Park, the house was featured as the set for Frye?s home and his father?s precious car showroom in the classic 1986 John Hughes film. While the film cemented the picturesque house in Hollywood history, it has a history of its own dating back 30 years prior to Frye and Bueller driving a red Ferrari through it.

Designed and built in 1953, the home began as an idea sprouting from the mind of A. James Speyer, a student of Ludwig Mies van der Rohe, who was known for his linear, steel-heavy designs, according to DNAinfo. Inspired by this, Speyer created the beautiful midcentury modern house hidden among the trees. After being built, the house was held in high regard in the world of architecture and stood as a model for steel home craftsmanship.

Related: Chicago Movies in the Park is back ? here are the titles you can look forward to this summer

“There’s that cultural connection people make back to the house because of the movie, but for us, that’s sort of a fringe thing,” Jim Baranski, principal at a Chicago/Galena-based firm overseeing the renovations, told DNAinfo. “It’s a very valuable, important piece of midcentury architecture.”

Baranski works at Baranski, Hammer, Moretta & Sheehy Architects & Planners, the company that will be overseeing the renovations throughout. He told DNAinfo the house is worth saving because of the many tourists who come looking to stand where the great Ferris once stood.

Just as it was in the film, the addition served as a personal auto collection to homeowner Ben Rose until his death in 2009. After Rose passed, the home hit the market valued at $2.3 million until 2011 when it dropped slightly to $1.65 million.

Related: Whatever happened to the chick who played Ferris Bueller?s smokin? hot girlfriend?

With a cost like that, not many calls were made, and the building faced demolition. Baranski told DNAinfo there were too many problems including the interior temperature which couldn’t be raised above 52 degrees.

In 2013, the house appeared on the market again, this time for $1.5 million, but it wasn?t until 2015 when a couple purchased the home for just over $1 million. Baranski told DNAinfo the new owners understand the architectural and cultural significance of the home.

“This house was very close to being torn down, and that’s sort of an issue on the North Shore and in the Northwest suburbs in general,” Baranski told DNAinfo. “We’re trying to make a point that says, ‘Look, these houses can be saved.'”