Local filmmakers want to fight bullying and they need your help 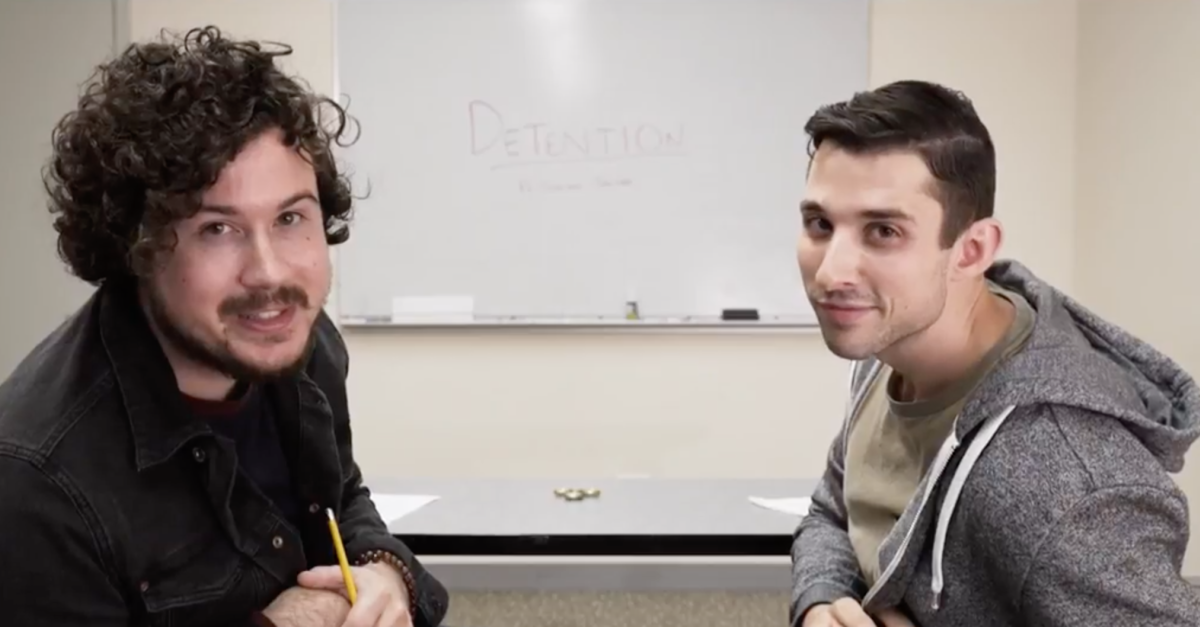 Two local filmmakers are creating a feature film and plan to end bullying between takes, but they can’t do it alone. Caleb Noel and Dominic Udell are pledging to partner with anti-bullying charities and donate 10 percent of everything they fundraise for their film Heist School to help eradicate bullying in schools. That’s where you come in.

The pair is competing in the Duplass Brothers competition which requires creators to utilize their local communities and resources including talent, locations, production and most importantly, partners. The movie titled “Heist School” according to the team’s page “is a coming of age tale that explores the conquering of inner and outer demons while transitioning into adulthood…who must overcome an abusive principal, troubled pasts, and their bad grades for college admission.”

They are offering quirky incentives for giving towards the film such as: getting an impression from any character or movie of your choosing – to getting a walk-on role in the film. They also have incentives like a homemade bagged lunch from mom, a board game night with lots of pizza or an invite to the wrap party after the film is finished.

“We want to partner with people to not only make this movie a possibility but to also help put a stop to bullying in schools in our backyard and across the nation. If we can do that in any way, shape or form, we will welcome the challenge,” says Caleb, one of the two co-directors of the feature, along with Dominic Udell.

RELATED: Prince William speaks out against bullying someone for their sexuality

“Heist School” follows high school senior, Liam Kendryek on the fast track for college. But between his faltering GPA and a principal out to ruin him, Liam is in danger of not getting his full-ride scholarship. With only a few weeks before the final admission deadline, Liam has to find a new way to not only raise his GPA but ensure his transcripts make it by the ever-tightening deadline with the help of a magician, a cheerleader, a boy genius and the school troublemaker.

Winners of the competition are awarded equipment and a crew to help create their story. Currently, the film is in its early stages of pre-production and shooting is planned for the summer of 2018. You can give here as well as follow the filmmaker’s journey on Twitter, Instagram, and Facebook at Heist School Film.