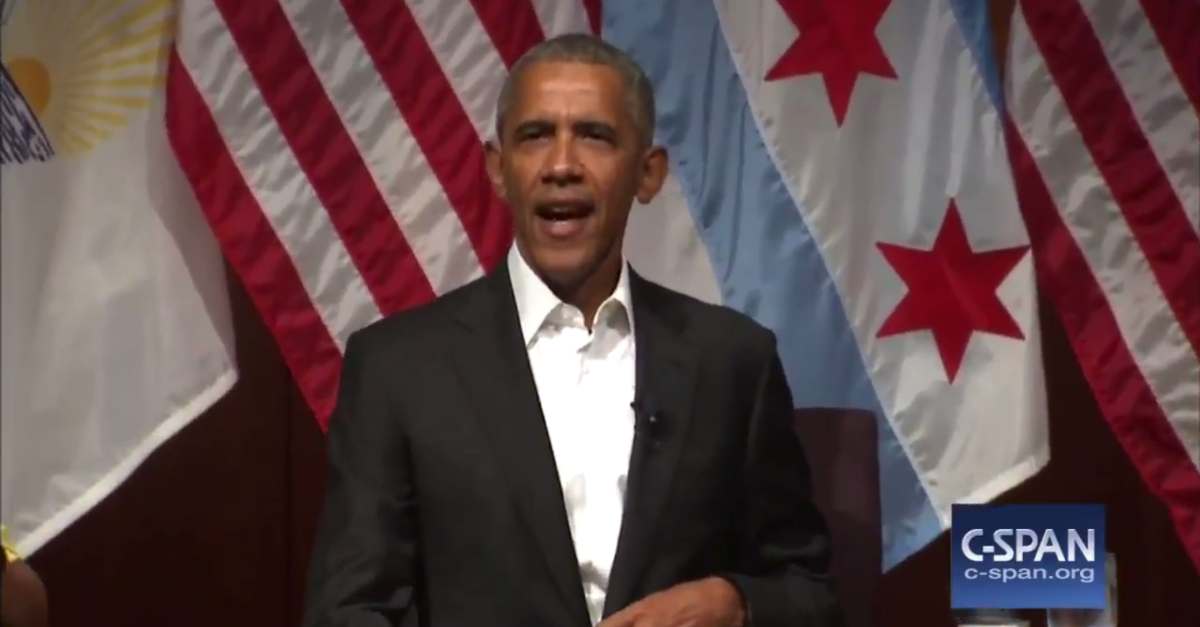 CHICAGO (AP) ? The Obama Foundation unveiled plans Wednesday for the former president’s lakefront presidential center, showcasing renderings and a model at an event where former President Barack Obama and first lady Michelle Obama were expected to give more details.

The renderings show three buildings, including a tower-like museum and tree-lined walkways. The center, along Lake Michigan on Chicago’s South Side, could span up to 225,000 square feet and will include a public plaza and ample green space, foundation officials said.

RELATED: People can?t get over the beautiful sunset in Chicago last night

“The Obamas want to create a safe, warm, inviting place that brings people in, teaches them something new, and inspires them to create change in their own communities,” Marty Nesbitt, chair of the Obama Foundation, said in a statement. “The Center will be a place for doing, not just looking or listening.”

The former president was scheduled to participate in a roundtable discussion to “update the community” on the progress of the center, which will be in Jackson Park. The Obamas are also expected to hear from community members on their ideas for the library. Expected attendees included Mayor Rahm Emanuel, a onetime chief of staff in the Obama administration.

The Obama Foundation has said almost half of the exhibition design work for the museum will be performed by minority- and women-owned businesses. New York-based Ralph Appelbaum Associates will head a team of several firms and individuals with expertise in media, lighting and acoustics in designing exhibits. The project is expected to cost hundreds of millions of dollars.

RELATED: Another day, another airplane disaster: This time on a flight from O?Hare to Cedar Rapids

The former president made the first public appearance of his post presidential life last week at the University of Chicago. He said a major focus of his life after the White House will be youth leadership and he hoped his presidential center, which will include classroom space, would play a role in that.