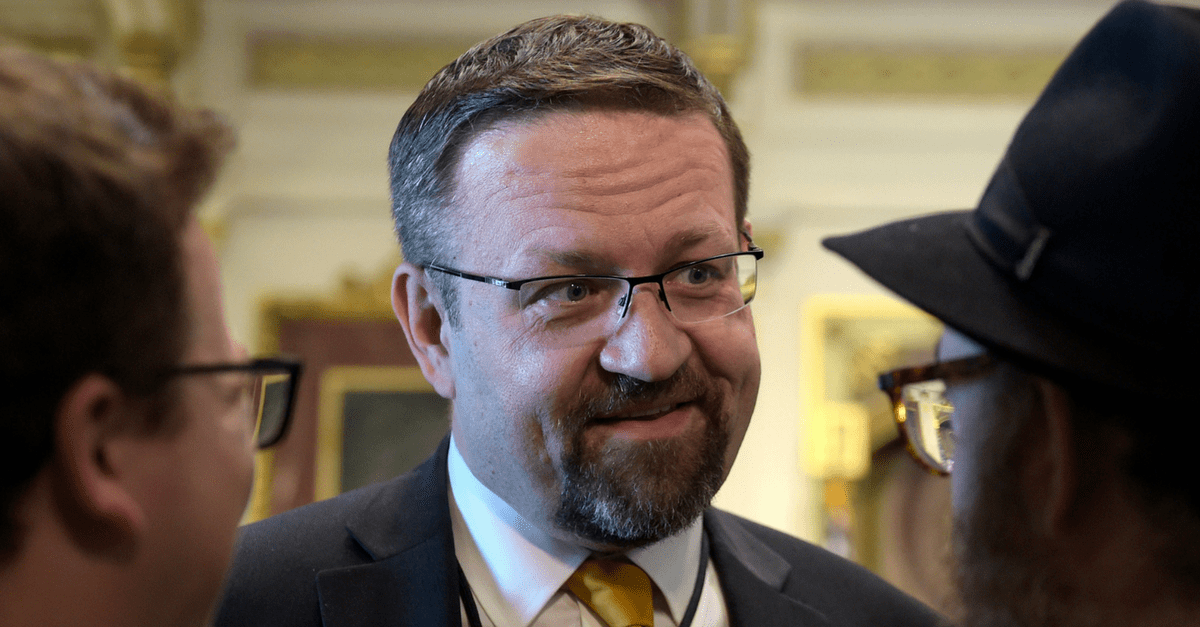 RELATED: The real source of Chicago?s gun violence can?t be stopped by police

The panel was specifically discussing bump stocks, an attachment to a rifle that can make it fire like an automatic weapon. But Gorka quickly derailed the topic.

?The biggest problem we have is not mass shootings, they are the anomaly,? he began. ?You do not make legislation out of outliers.?

And that’s when conservative’s favorite punching bag found itself in the mix. Gorka continued:

?Our big issue is Black African gun crime against Black Africans. It is a tragedy. Go to Chicago. Go to ? the city?s run by Democrats for 40 years. Black young men are murdering each other by the bushel. This is a social issue. Allow the police to do their jobs and re-build those societies. Legislation will not save lives.?

Details surrounding Gorka’s exit from the White House are murky. He says he resigned but White House officials say he had been asked to leave by the administration.

Before his position in Trump’s Administration, Gorka had been at editor at Breitbart News.

Chicago Tribune crime reporter Peter Nickeas tweeted yesterday that homicides and shootings in Chicago are down this year, although noted that short-term statistics don’t necessarily have long-term implications.

If city goes to being within 10 percent of 700 murders/year, will still be changes yr-to-yr. Best not to read too much into short term IMO