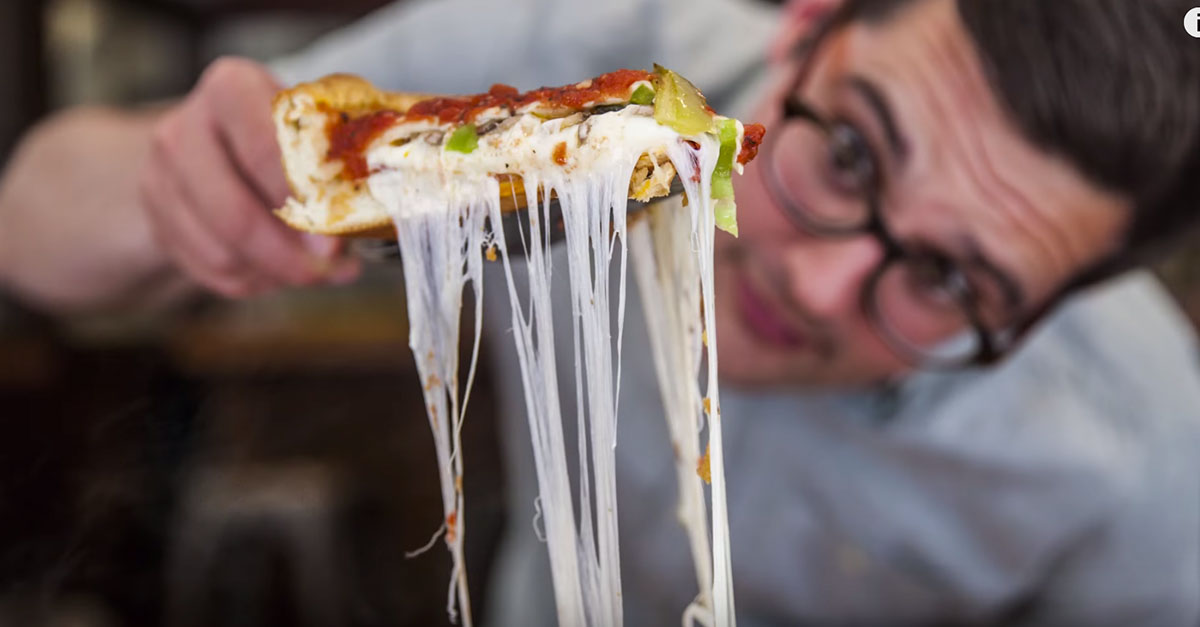 Chicagoans take pride in the food that comes out of this city, and with so much talk, people are beginning to come from all over to get a taste of Chicago.

One video posted to Youtube highlights the adventure that four young Brits set off on to experience the taste of Chicago from beef sandwiches to hot dogs. Two of the four men begin their journey at Tony’s for an Italian beef sandwich that leaves their mouths crying for more.

Meanwhile, the other two men explore Revival Food Hall, a Chicago favorite located in the Loop. While there, the men sample several of the incredible food items that can be found in the court, smiling and eating the whole time.

Of course, no visit to Chicago is complete without a deep-dish Giordano’s pizza which the men said was the “stringiest cheese” they had ever seen. Comparing the pizzas to a work of art and even a pastry, these Brits were loving every bite of their Chicago-style meals.

This isn’t their first time in Chicago though, as a few days prior the men posted a video to Youtube documenting their quest to discover the Chicago hot dog. Stopping by places like Clark Street Dog and Wrigleyville Dogs, the men determined a Chicago dog is all about the toppings.

“Definitely no ketchup,” one of the men jokes. “There’s so much going on, you almost forget there’s a dog involved.”

With so many Chicago classics, these men did a good job hitting most of the major players in the city’s beloved food industry. By the end of their adventure, the men proudly proclaimed satisfaction and full stomachs from the food city that is Chicago.